Phonejoy was once a Kickstarter project that achieved the funding needed in order to start production and shipping, which now means there is yet another Bluetooth game controller that turns your Android smartphone into a handheld games consoles.

Gaming on a smartphone never delivers the same feeling as it does on lets say a PS Vita or Nintendo 3DS because of its touchscreen lacked that certain something. Seeing as though gaming on smartphones were becoming all the more popular it stands to reason that a handheld controller was needed.

We have already seen other handheld devices to allow for a better Android smartphone gaming experience, but nothing quite like Phonejoy. Our overall impression of Phonejoy is pretty impressive because of various factors, one of which is its compact design. 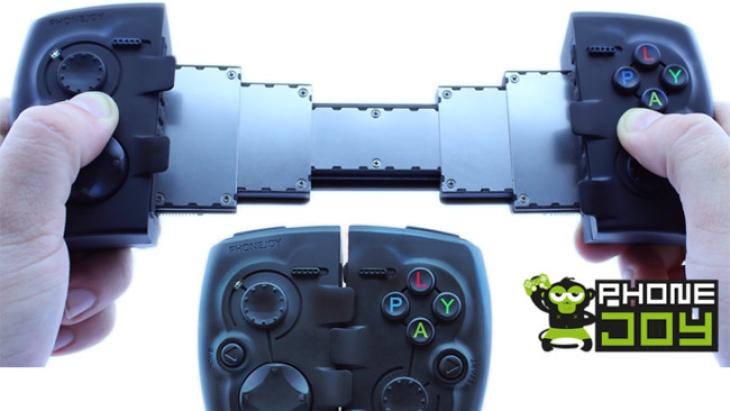 Many of the other devices like this are big and bulky, but Phonejoy gets around this by being able to close together to become more compact, and then you just open it up when you need to offer up your Android smartphone to it.

As a rule of thumb you can fit a 5-inch handset into Phonejoy, which means that you can just about fit the HTC One M8 into it. Once in place the controller takes on a familiar feel thanks to its D-Pad, buttons and analog sticks. However, it is clear by looking at a Phonejoy review that its buttons and D-Pad are a bit on the stiff side, and the overall construction feels a slightly wonky, although its compact design and ease of use more than makes up for those issues. 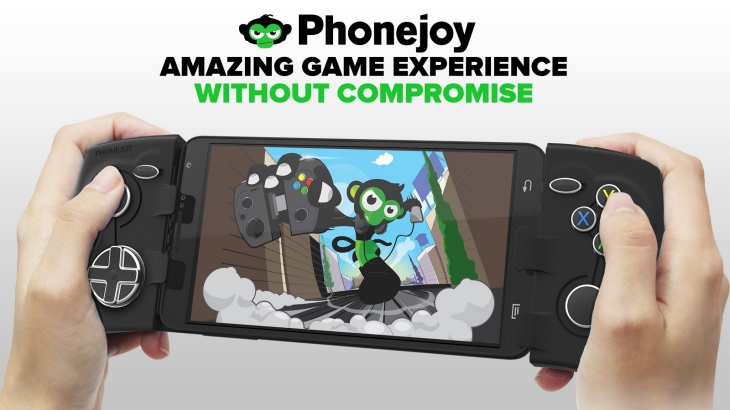 We know that one of the most important aspects of any such smartphone gaming controller is its battery, and the real-world Phonejoy battery life is around 8 hours, which is rather impressive and spot on from what the manufacturer says. 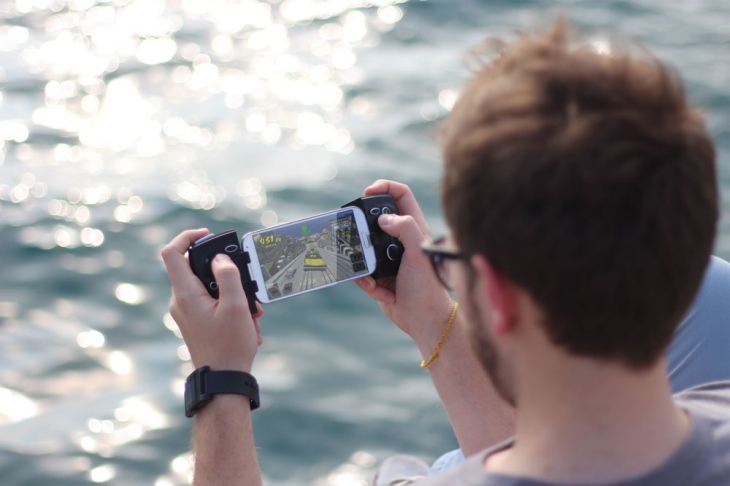 While there might be better smartphone gaming controllers out there, Phonejoy more than holds its own, which is evident in the 2 Phonejoy review videos we have for you below, as well as a demo of the device in the third video.

There are three Phonejoy price options, $70 for the basic package, $80 advanced package and $90 pro gamer package.