Windows 10 looks to set become a very popular version of the operating system, so much more than the current version, and its list of supported devices keeps growing all the time. We already know that several older versions will offer free update support, although not RT, and now we know that smartphones will also have a decent amount of support.

The phone model list has now increased thanks to Microsoft offering even greater Windows 10 Preview support for many of its Phone models. While this list seems to keep growing, we have to remember that it is not yet set in stone, and could change, although it is good to see things improving.

It’s a far cry from what we saw a while back, as the list for phones with support for Windows 10 was only around 6 models, and now that list has swelled to 30 for the latest build; although 36 when including the different variations of the same model. 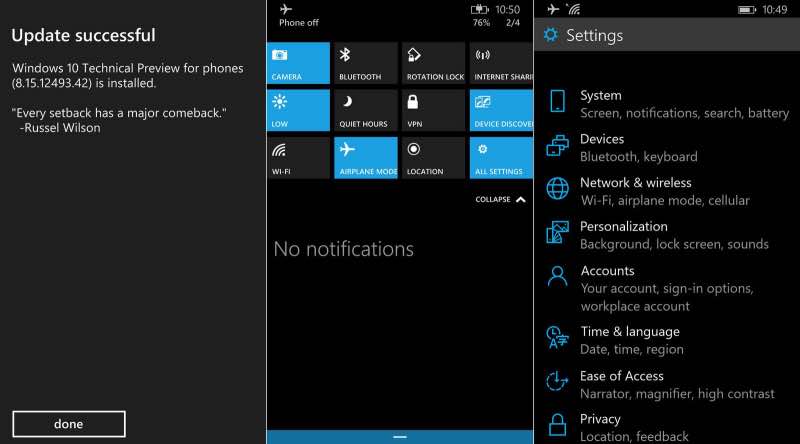 One reason why support had been limited was due to storage issues, as some handsets might have not been able to have Windows 10 on it with such a large install size. However, Microsoft has been working hard to work on reducing the install size and has come up with a system called “partition stitching”.

What this means is that Microsoft is able to resize partitions as needed, and as such has now passed the quality standards of the development. With this being the case we can expect an even greater number of Windows Phone devices to be supported by the latest build.