We now live in an age where the number of people ditching the cable and going wireless when it comes to headphones is increasing, especially now since Apple decided to do away with the jack socket on the iPhone 7 and 7 Plus. Ok, so we know that many of you still prefer the cable because you get a better overall sound, but for those that only listen to music casually much prefer to go down the Bluetooth option.

During this time of year we tend to see many of the top headphone makers promote their models, and one that has caught our eye are the Philips Wireless Noise-Cancelling Bluetooth Headphones, or more precisely the SHB8750NC model number. 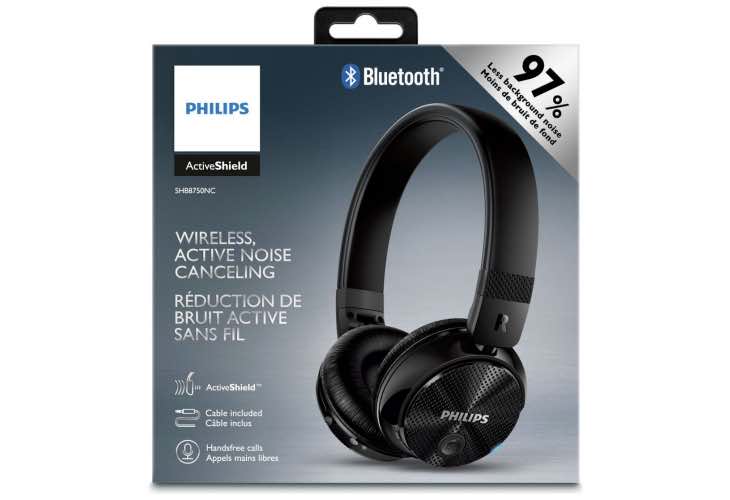 While there are other options on the market, these ones from Philips have something very special goning for them, and that is the price, which we will get to in a moment. Doing away with the wires means there is no fuss, and the noise-cancelling technology allows outside distractions to be a thing of the past, and so you will be able to better immerse yourself in the music.

Rather than go over the specs of this model, and the technology used, we thought it would be better to read a Philips SHB8750NC Wireless Noise-Cancelling Bluetooth Headphones review. However we can go one better than that, and that is a selection of reviews from consumers that purchased a pair from Argos.

There are over 40 of them in all, with most of them being positive, and so you would expect them to be a good purchase. Gathering all of these reviews up Argos has given them a 4.4 out of 5 stars, which we have to say does seem rather impressive.

That’s not the only impressive thing, as the Philips SHB8750NC headphones price is as well, as Argos is currently selling them for £34.99 rather than £89.99, so less than half price.