Celebrity YouTube gamer PewdiePie is back once again and we have one of his latest videos to share with you, which we thought was hilarious. PewdiePie Lets Play on YouTube series are arguably the most popular on the entire site – so what does he think of the nostalgic classic, Power Rangers?

This game on the SNES was actually one of our favourites back in the day, when the TV series was the most popular show to watch and those Power Ranger figures and zords were the number one gift to buy. 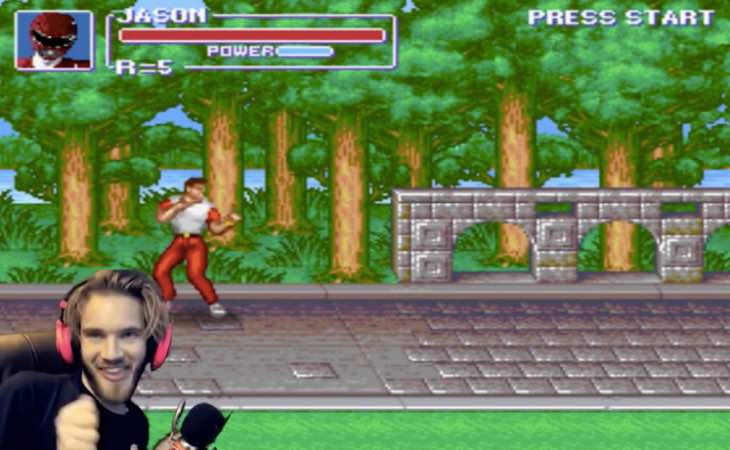 Considering that Power Rangers was famous more than two decades ago, it’s fantastic to take a trip back down memory lane and show the younger generation what games were like back in those days.

Power Rangers was one of the best and if like us, you loved the games and the shows, we think you will enjoy this video – skip to 3.20 on the video to get to the Power Rangers part.

Watch the hilarious clip below and let us know what you think about it. Are you happy to admit that Power Rangers was one of your favourites 20 years ago too?