The successor to the 107, the Peugeot 108 has a lot to live up to, but if the car is able to drive as well as it looks, then the French car manufacturer could be onto a winner. We can’t help notice just how different its design looks because it seems to have taken a more upmarket feel — it’s like a Ford Ka, but with more glam.

Peugeot 108 specs — The features of this small, yet well proportioned car are rather impressive, which begins with its small, powerful engine choices. The first is a 1.0 VTi and the second a 1.2 VTi, which produce 68 horsepower and 82 horsepower respectively.

Seeing as though the design of the car is small and so are those two engines the Peugeot 108 weighs just 840kg. Put this together and what you get is a rather impressive Peugeot 108 mpg figure of 70 miles to the gallon, although this will be for the smaller engine. 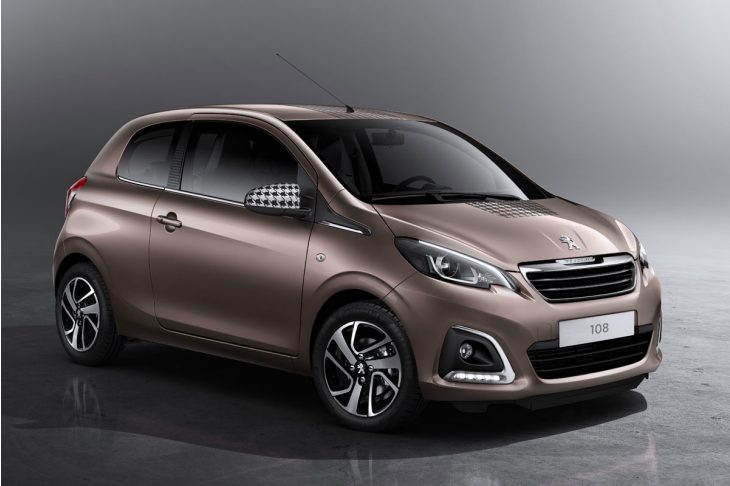 The new Peugeot will come with improved connectivity, meaning you will now be able to connect to your Android, BlackBerry, iOS and Windows Phone devices.

Other Peugeot 108 features include six airbags, ABS, power steering, Hill Start Assist, Electronic Brake Force Distribution, ESP and so much more, all of which can be better explained in the video below.

You have the choice of three or five door, although the former does look more stylish, but not as practical for some of you. You can also choose several options in order to personalize the Peugeot 108 to your taste, such as various color combinations and body graphics.

Peugeot 108 price — As for the price of this new model, which will be from £8,200, it certainly seems to defy the features mentioned above. The 108 is in a far tougher market than ever, and so we ask how well do you think it will do compared to its rivals?