We are just hours away from the exciting launch of PES 2016. Right away, we can see that there is a huge demand for PES 2016 Premier League Kits download on PS4, since as usual Konami won’t be including them in game by default.

That’s because EA has all of the official licensing for FIFA 16, but Konami has made it very easy for you to do it yourself thanks to a deep editing system allowing you to create the kits yourself.

Even better though, you can rely on others to do the job for you. For those asking how to download Premier League kits for PES 2016, you’ll want to keep an eye on PESWorld this week. 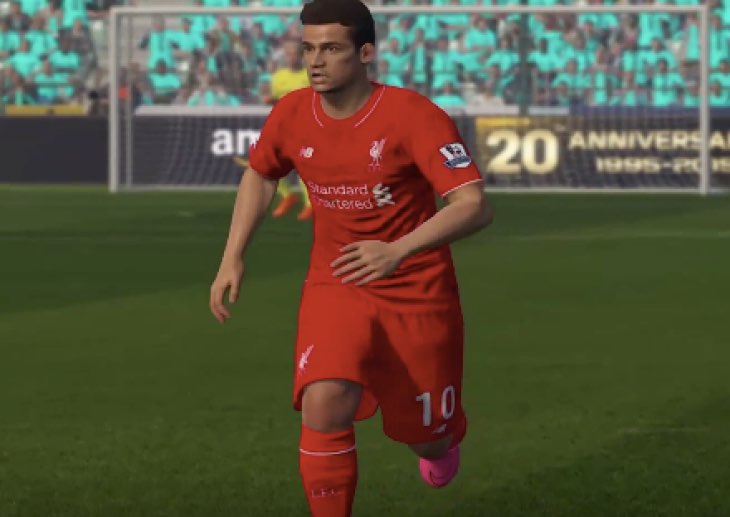 They will soon be releasing the download for the kits as they have already offered up a video preview of what to expect which you can check out below.

We can show you some screenshots above as a further taster and most of you will agree that they are very accurate in terms of replicating the realism from official kit designs. 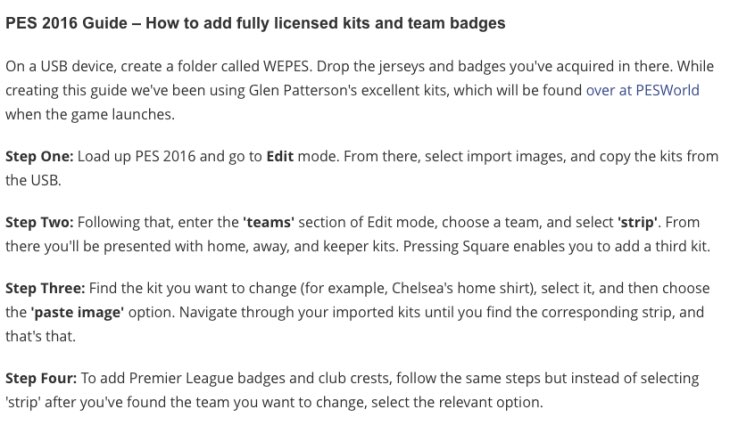 We’ve also added another image above, showing the actual process on how to add Premier League kits to PES 2016 – courtesy of VideoGamer.

Let us know what you think about the guide and also if you are patiently waiting for the download at PESWorld to arrive.

Update: As promised, the PES 2016 Premier League kits download link is now live. Find a direct link here thanks to PESWorld – which will contain Kits for all unlicensed Premier League teams and also resized club emblems. 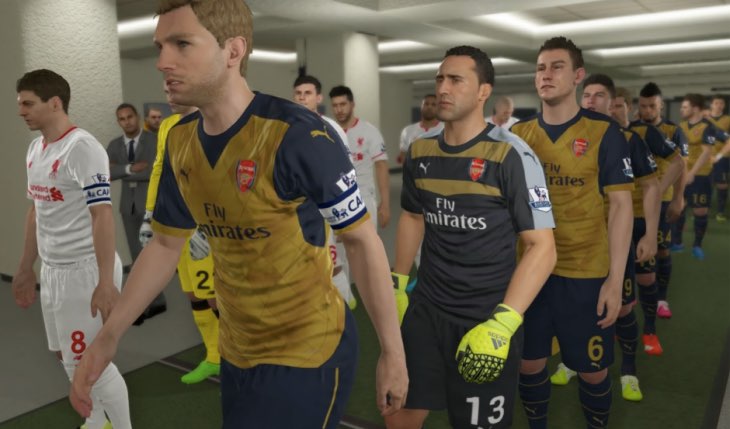 As you can see from the image, the quality is fantastic so let us know your thoughts on the Kits below.