We have some important information for those that are still waiting to get their hands on the PES 2016 PC demo download in Europe, US and UK.

As most of you know, the PES 2016 demo for console owners had already been made available prior to release.

The PC demo still isn’t available though, making some PC owners unhappy that console users were getting better treatment and wondered if the PC version would be getting a demo at all.

Now though, we’re happy to confirm that the PES 2016 PC demo download time will happen on the day of launch of the full game itself. 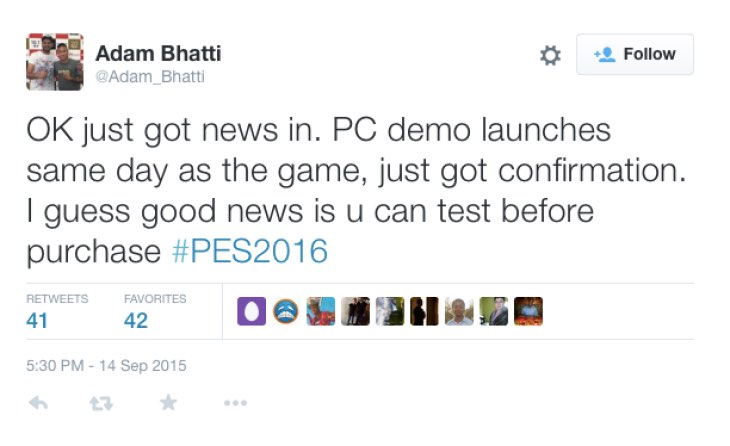 That means if you live in Europe, you can get the demo on September 17, US owners can get it today on Tuesday September 15 and those in the UK can download it on September 18.

It’s not ideal that UK PES fans have to wait the longest, but you should be used to the way game releases happen in different regions by now.

As for those asking when will the PES 2016 demo download be out for PC, you should keep checking Adam Bhatti’s Twitter account for the latest updates.