We have the crucial news that all PES 2016 owners have been waiting to hear with regards to the PES 2016 roster update for squads. Unfortunately, it is not good news though as we can confirm that the PES 2016 Data Pack 1 patch release date will not happen yet for at least another month.

It almost seems unthinkable that Konami would make players wait so long for a simple roster update so soon after launch, when they know that they need to have a strong launch as gamers ferociously nitpick every single aspect of the game and compare it to EA’s FIFA 16.

Look away now though as Konami has just revealed that the PES 2016 roster update won’t be out until October 29. We now know that the developer is prioritising the online modes first, as PES 2016 Live Updates will be implemented on October 1 – automatically updating teams and players based on weekly performance. 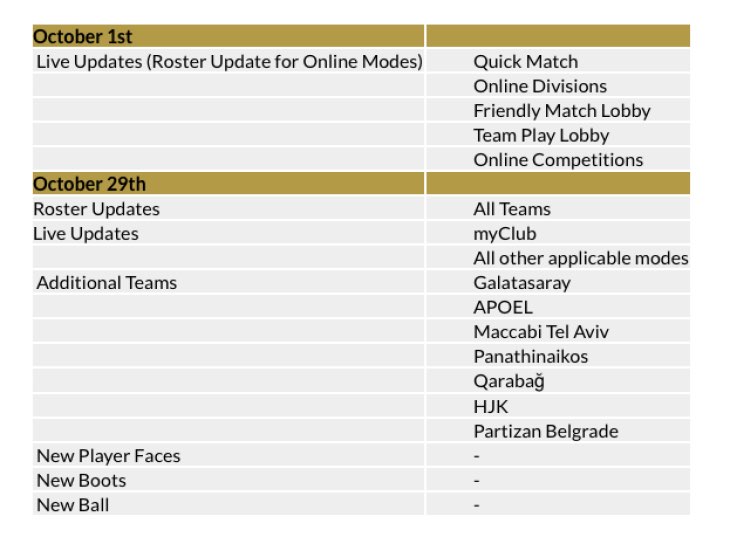 Above is the official schedule for two new PES 2016 patches, also confirming which aspects of the game will be coming within the update.

As you can see, the PES 2016 squad update won’t be ready until another month and right away we can see that there is general outrage over this on social media.

Many players cannot believe that it is taking so long for this roster update to come out and have thrown all sorts of accusations at Konami on how they are not treating their launch customers with respect – see the replies under Konami’s official Tweet here for evidence. 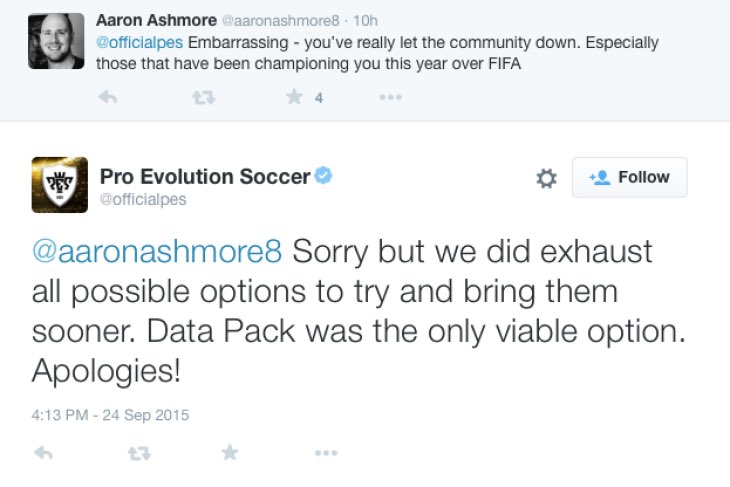 In their defence, Konami is now reiterating on Twitter the same response on how they explored all viable options with the update, but ultimately the data pack was the only outcome.

What are your thoughts on this after having just bought PES 2016 at launch? Are you a little shocked that you have to wait over a month for the Data Pack 1 to become available?