Football fans are set for another exciting challenge between EA and Konami who will once again go head to head for PES 2015 Vs FIFA 15 bragging rights. Both games are due out this Autumn and now we can bring you a screenshot comparison, showing the graphics quality between the two.

Although many will be united in saying that EA has won the war recently with better FIFA games compared to PES, this year could be very different indeed. This year, Konami are using the FOX Engine to build their game again, which is the same impressive engine that is being used to power Metal Gear Solid: Ground Zeroes and Metal Gear Solid: Phantom Pain.

The difference to last year, is that the engine looks a lot more refined and graphics look incredible in terms of PES 2015 facial models. We think it is great that the competition has been raised a notch and hopefully it will be a win win situation for those who decide to buy either game.

It will also make EA step up their efforts to make FIFA 15 look just as good as PES 2015 and some screenshots that we have for you here suggest that both games are going to feature stunning visuals. Firstly take a look at the first image, taken from PES 2015 which shows Carlos Tevez playing for Juventus. 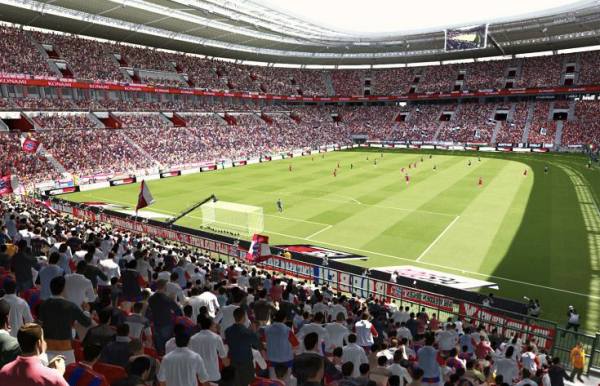 Next up, we can also bring you a second look at PES 2015 stadium graphics – You’ll agree with us in saying that it’s a massive improvement to PES 2014 hands down. 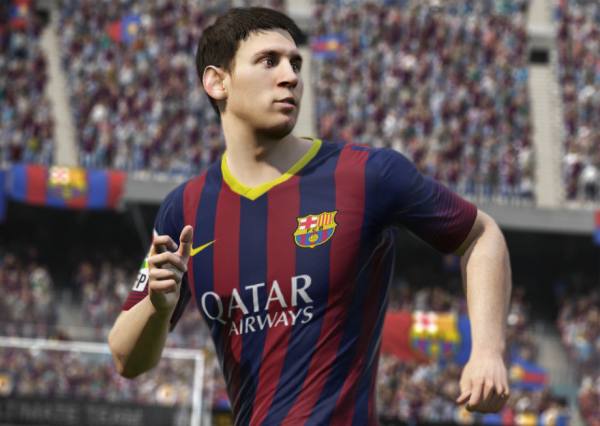 Compare that to FIFA 15 though, which also impresses in the graphics department early on. Here is a look at the main star again, Lionel Messi of Barcelona who is taking the world by storm in the FIFA 2014 World Cup in Brazil.

Check out the level of quality in his facial appearance, you can’t get much better than that. Finally, we can also bring you a look at how FIFA 15’s Anfield stadium will be featured in the game – No sign of Luis Suarez in that picture though, can you see him? 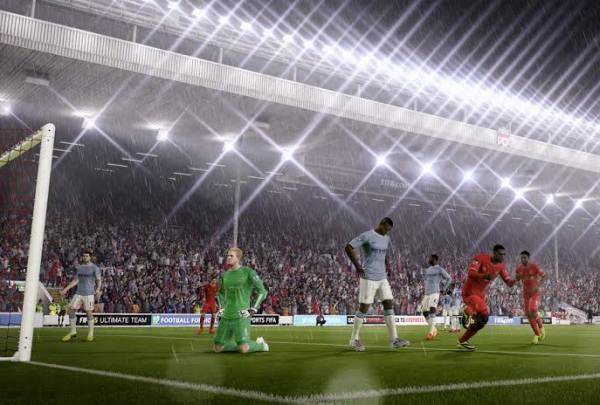 It’s great to see the FOX Engine stepping up the heat to EA. Enjoy these screenshots and let us know which game you think looks better so far – have you already decided which game you are buying later this year?