It’s the moment that many fans have been waiting to see for a long time, the very first in-game legit Persona 5 gameplay. Developers Atlus have finally showed off the game with a new Persona 5 trailer and now we can see that there is incredible anticipation for the game on social media.

Unfortunately though, if you were hoping to see a Persona 5 release date attached to the end of the trailer you are in for a disappointment – there isn’t one.

As of now, the game is still scheduled for release in 2015 on PS4 and PS3 but there’s no strict date yet. Will this be saved for E3 2015 we wonder, as that seems to be the likely destination when we could see an announcement if the game is due out at the end of the year. 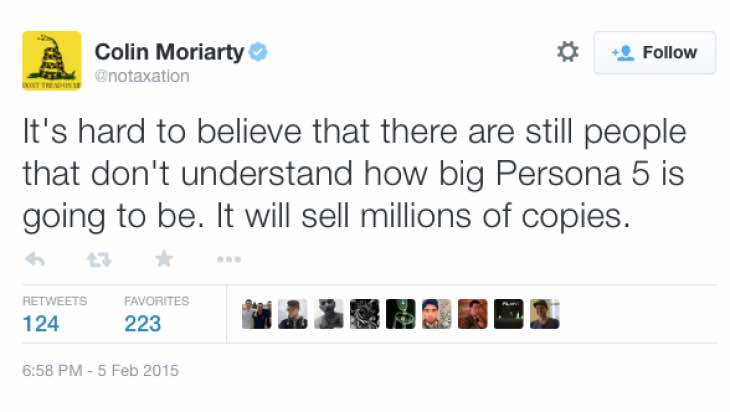 For now, just bask in the glory of this new trailer as it should make a lot of you very happy indeed. How stylish does this game look, seriously? Check out the menus as well, even they deserve a little mention we feel.

The first taste of Persona on PS4, are you ready for it? Let us know how excited you are about the upcoming release date.

Some are saying it could be the game of the year, others are asking what the fuss is all about. If you have played other games in the series, share reasons below why Persona 5 could be something special upon launch.