In a surprising turn of events, it looks like Barcelona winger Pedro is now set to move to Chelsea FC, rather than Manchester United as first originally thought.

Numerous reports including one by the BBC suggests that Pedro to Chelsea is happening and if it does, it means that EA will be next on board to move Pedro to Chelsea in a FIFA 15 Ultimate Team transfer update.

EA usually handles these transfers a few days after the move has happened officially and it is going to be a surreal occasion to see Chelsea fans on FUT being able to select Pedro as their main winger on the game.

According to various sources Pedro will be officially announced as a Chelsea player today. #cfc pic.twitter.com/puNjcOEpFW

He remains a great asset on Ultimate Team, with a default rating of 83 and a highest card of 85 thanks to a MOTM performance. 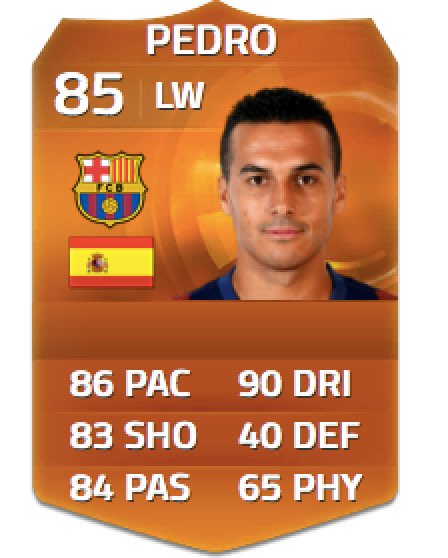 FIFA players, what is your reaction to Pedro being a Chelsea player on FIFA 15 and also FIFA 16 when it launches? Chelsea are building a formidable squad so will you be choosing to play as them primarily on Ultimate Team?

We’ll update this the minute EA goes live with the transfer on FUT.