This week has seen rumors of next-gen game consoles increase, and the specs point towards some major improvements for both the Xbox 720 and PS4. While they’re just rumors you can be sure that Microsoft and Sony will have some nice surprises for gamers, and with this in mind, some of the rumors look to be spot on.

Earlier today we posted details on a new PS4 concept, which aims to help the environment by being eco-friendly with over half the materials recyclable. Any new product coming on the market today needs to think about the future, and the main topic here is the environment, which means any feature that cares for our planet is important, but will it sell more if its eco-friendly?

The graphics potential of the PS4 and Xbox 720 is exciting to gamers and developers, but some PC gamers just yawn at the thought of future graphics on game consoles. For example, looking at our recent article on next-gen Grand Theft Auto graphics, you will notice that this was a PC mod to improve GTA graphics. PC hardware in 2011 can develop graphics that makes PS3 and Xbox 360 owners drool, and while we don’t know how good the next systems from Sony and Microsoft will be, could it be that PCs with a good graphics setup are already on par with the next-gen game consoles?

Most Final Fantasy fans did not like the idea of FFVXIII being a PS4 release, even though it’s been in development for around 6 years. The PS4 would certainly do the graphics more justice, although most gamers may prefer the game out now rather than later. Without getting into the rising cost of developing of games, the real issue is one of graphics for those that care about such things. 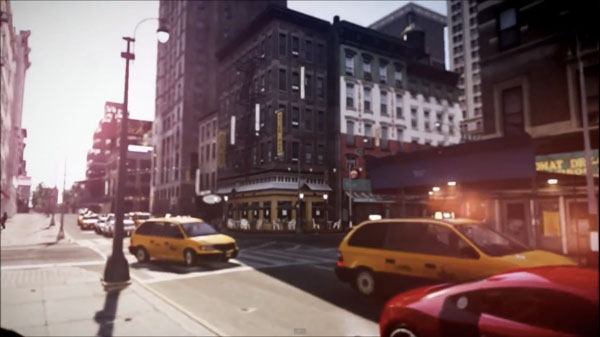 I remember moving to game consoles from a PC, and the main reason was the ease of playing on a console when compared to a PC. Today the graphics and games on PlayStation 3 and Xbox 360 are amazing, making the PC something I would not want to game on, although this is not the same for everyone. Now that the PS3 and Xbox 360 have been around a while, PCs are starting to widen the gap with consoles in terms of graphics and another system is just a year or two away from an unveiling. So the PC does look amazing with certain mods, like the GTA mod that had one PC owner say “I am currently traveling cant wait to get back to try that mod on my PC“, which leaves PS3 and Xbox 360 owners looking forward to the next Sony or Microsoft system, and PC gamers enjoying their high-end graphics.

Are you a PC gamer and do you yawn at the thought of a PS4 or Xbox 720? Would you start gaming on a high-end PC if the next-gen consoles were too long away?