There is no doubting that PC mods helped extend time spent in games like Skyrim and Grand Theft Auto IV, so it’s not surprising for some console gamers to want PS4 and Xbox One mods for game ports and upcoming titles. Could you imagine GTA V and Fallout 4 on PS4 and Xbox One with mods? This would truly create an amazing experience, although the real problem lies not with hardware/software but rather certification.

The Xbox One and PS4 specs are a worthy upgrade and new features to the user interface make gaming a lot more fluid, but you will see a number of articles published explaining PCs will outperform Xbox One and PS4 in no time. In fact, this statement was made by a Battlefield 4 developer and while it might be true there’s other factors involved that make it irrelevant.

Relevancy of PC vs. PS4/Xbox One performance – we have heard from a number of Product Reviews readers on this very topic and some feel “PC’s aren’t optimized thanks to regular parts releasing”. It is also true that most PC games will be tailored to what’s achievable on Xbox One and PS4, so the new consoles should be welcomed by PC gamers if it now means better games.

It is also pretty obvious PC games will always outperform consoles and this was certainly seen with the ageing PS3 and Xbox 360, but even after years passing since the last generation of consoles released, we still see a lot of developers targeting PS3/Xbox 360 and not PC.

Grand Theft Auto V is one perfect example, and you can see a screenshot below taken from a PC running GTA IV along with a graphics mod. Even with this kind of extendibility with PC gamers, we still saw Rockstar launch GTA V on PS3 and Xbox 360 only to this point. 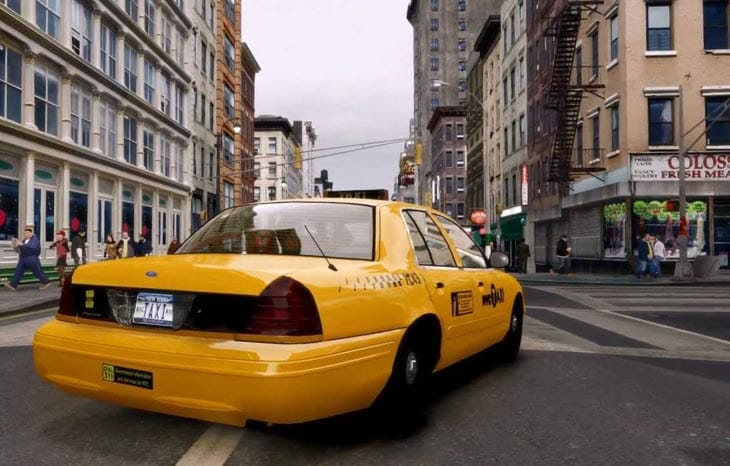 PC game mods vs. PS4, Xbox One certification – this brings us back to the idea of PS4 and Xbox One mods and if they will happen at some point in the future. Some of our readers might remember mods for Unreal Tournament on PS3 and understand the differences between Microsoft and Sony’s stance on mods, but it is clear that certification is a common issue for consoles.

Recently, we have heard about a desire to see mods in Fallout 4, Elder Scrolls, and GTA V on Xbox One and PS4 if/when these games release. This is exactly one reason why PC gamers chose their platform, as they don’t have a problem adding mods to Skyrim or GTA IV and some people are still playing these games and plan to do so for many months yet.

There’s no doubting mods extend the life of PC games, and most people agree mods are possible on consoles but they would have to go through a certification process with Sony and Microsoft even if developers added the option to their games. Some of these mods will be worth paying for, but most won’t and a lot of gamers would expect this content for free.

The negative – It is clear a lot of the gaming community don’t expect to get mods on PS4 and Xbox One. As one Product Reviews reader put it, “Microsoft won’t give the Xbox One mods, because they won’t like the idea of someone possibly injecting a mod with something that makes the Xbox One more open and they like to make money from extra content rather than people getting lots of free stuff”. Another commenter added, “Any content that’s put on PS4 and Xbox One has to get certified by Sony or Microsoft. This certification process costs the developer/publisher thousands and without certification, consoles could crash or see the system opened up in a way not to their liking”.

It is worth noting that in relation to the Sony and Microsoft certification cost, we believe that fees for some services were removed last year and certainly with patching and updating games. If you have more information on Sony or Microsoft removing the certification costs, then feel free to leave a comment below.

Would you like to see Xbox One and PS4 mods, and if so how do you think they could improve titles like GTA V and Fallout 4 on these consoles? This is dependent on these games launching at some point in the future on PS4/XB1.

We should also mention that adding mod support to consoles could attract a lot more unit sales to either PS4 or Xbox One, so while it might not be great for DLC income, this could be the deal breaker for winning the next-gen console battle.