Many Xbox 360 owners will be excited to hear that their console’s interface will be getting a facelift, very soon. That is if the rumors that we have caught wind of here turn out to be true. According to Kotaku, PayPal has given away a date in their internal emails, revealing a possible dashboard makeover for the console.

PayPal, the online payments and money transfers specialist, was first introduced to be partnering Xbox Live back in May, when an update for the console brought the company plus more to the system. The email in question was sent out to employees at the company asking them to test the new service, signaling November 15th as the date for the new system menu. It had previously just been expected at some point this fall.

Features for the imminent new dashboard update have also been listed by Microsoft which includes improved controller experience, and voice control. They believe their new dashboard will offer ‘all the entertainment you want, with the people you care about, made easy.’ A demo of the new layout in action can be viewed below. It also reveals how Microsoft intends to bring more interaction into the living room using the Xbox 360.

According to Jose Pinero, Xbox Live’s Senior Director, the company believes ‘making sure we’ve got great content for both audiences in a combined platform is a big challenge.’ In a recent article we brought our readers, we asked whether or not they thought the Xbox 360 would be better with Steam support. The majority of the voters think that it would indeed be better.

What do you think of the new dashboard? Are you looking forward to the update? 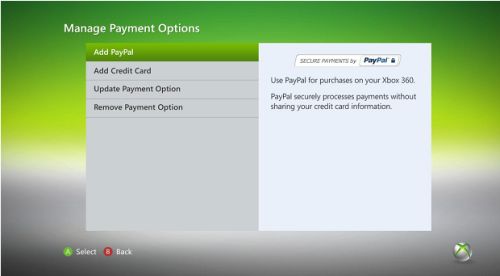