We want to talk about FIFA 17 Legends now, the exciting mode that is still attached to the Xbox One version of the game as a platform exclusive.

We have already spoke about some potential legends to be added which you can check out here, but now we wanted to talk about another name being thrown into the hat.

Would you like to see Paul Scholes as a FIFA 17 Legend? The Manchester United legend has been in the news recently over his decision to come out of retirement to play in the Indian Premier Futsal league. 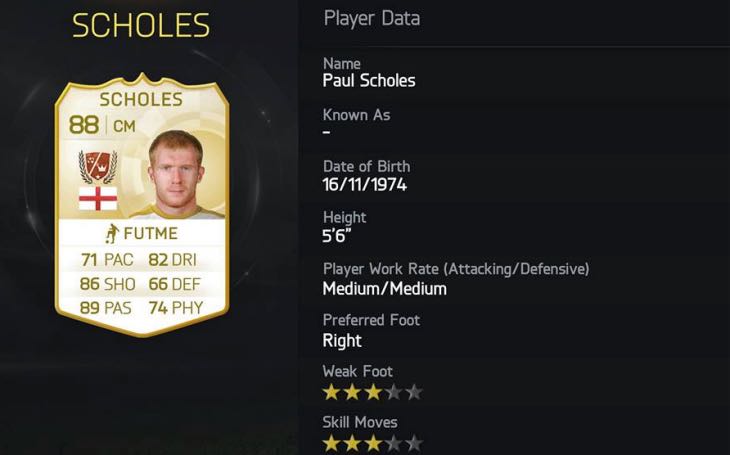 How about if EA are also in talks with Scholes to appear as a legend in FIFA 17, a move which would surely be a massive hit with fans if it were to happen.

We know for a fact that Scholes as a FIFA 16 legend was a big request but ultimately it never happened. Leave a comment below to let EA know you want to see this made a reality.

Should EA put Paul Scholes into the FIFA 17 Legends list or not?