It took EA a few days this time, but now we are pleased to confirm that Paul Pogba has officially been transferred to Manchester United on FIFA 16 Ultimate Team.

It may take a while for you to actually see one, but he is definitely in the new packs now so you may get lucky. We can also tell you that one of the first trading Pogba Utd cards was selling for around 500,000 coins, so if you do want the Man Utd version, you’ll have to pay a premium for it. 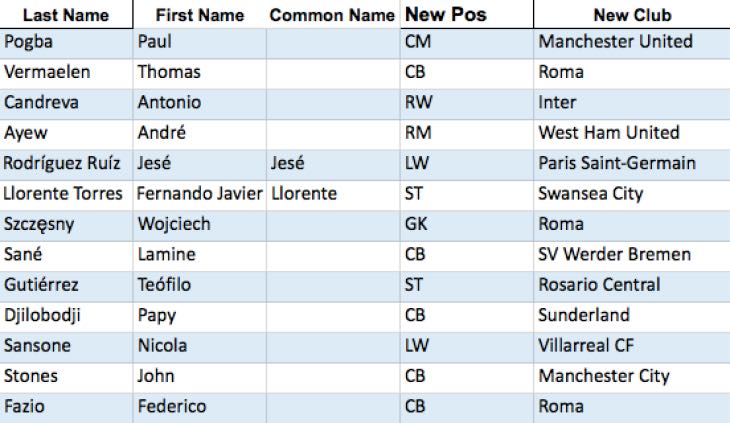 Elsewhere, EA has also transferred some of the other big names that moved clubs recently. These include the likes of John Stones to Man City, Andre Ayew to West Ham, Vermaelen to Roma and Jese to PSG.

You can see the new updated list of FUT 16 transfers as of Aug 11 here on EA’s Google Doc. Good luck trying to get Paul Pogba at Man Utd and you may want to sell him asap if you do, then buy him back with the profit afterwards.