Paul Pogba is the talk of social media right now, ahead of his mega money transfer to Manchester United. Now we take a look at how Paul Pogba will look on FIFA 17 when compared Vs PES 2017.

There’s a lot of hype for PES 2017 this year and it’s great to see after a lot of ex PES veterans jumped ship to EA’s game for FIFA 16. 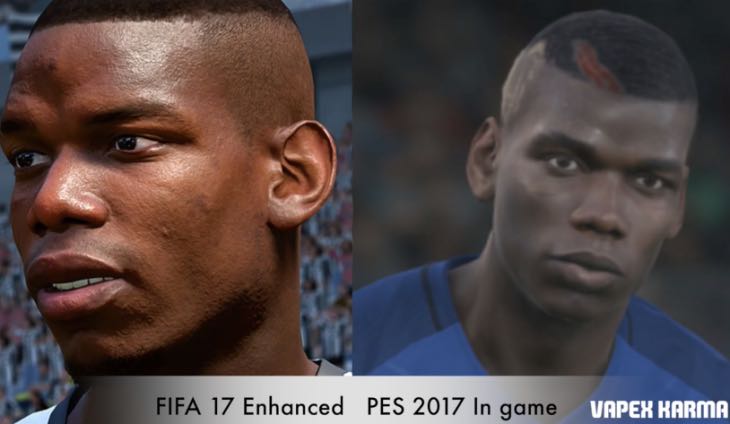 Now thanks to a great video from YouTuber Vapex Karma, you can see images which show that PES 2017 Paul Pogba is going to look better on Pogba in FIFA 17.

This is because Konami has gone the extra length on Pogba’s infamous hair patterns, which you can see in the images here. EA has not included these on the FIFA 17 in-game screenshots that we have seen for Pogba so far during the reveal of the game. 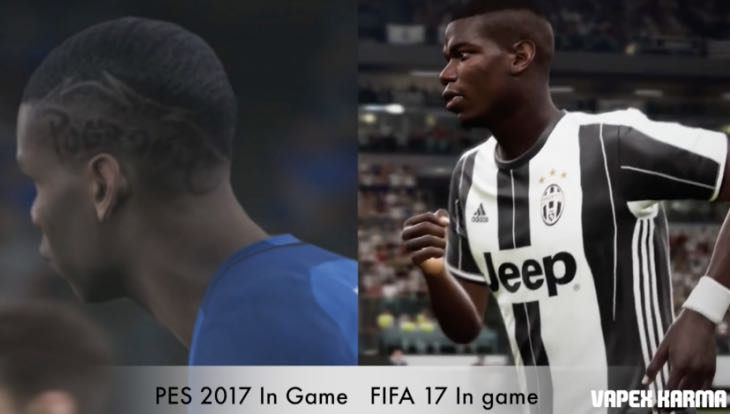 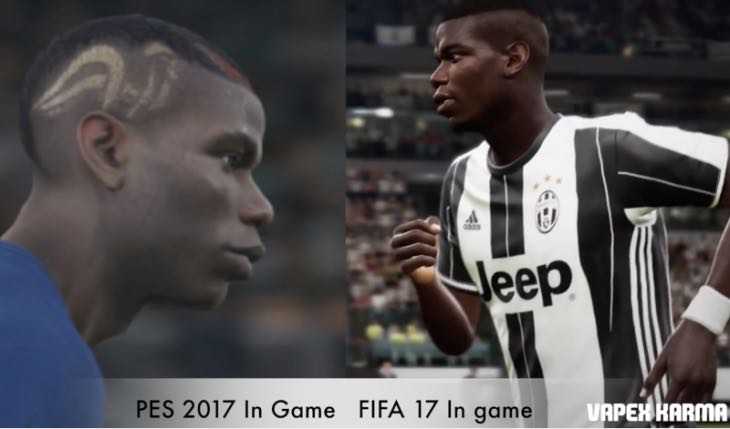 We doubt that EA are going to have time to alter Pogba’s hair design in FIFA 17 before September 29 so do you agree that Konami has done the better job here?

Have your say in the discussion section and look out for more FIFA 17 VS PES 2017 comparisons soon.