We have a heads-up to all FIFA 16 players now, as we can see that the January transfer window is now starting to have a drastic impact on FIFA 16 transfer market prices for those that have an eye on investment opportunity.

A few weeks ago, you could pick up Brazilian striker Pato for as little as 1,000 coins and maybe even for 700 if you were really lucky.

Now however, with Pato’s transfer to Chelsea FC on loan looking very likely we can see that the average price of the striker has gone up significantly. 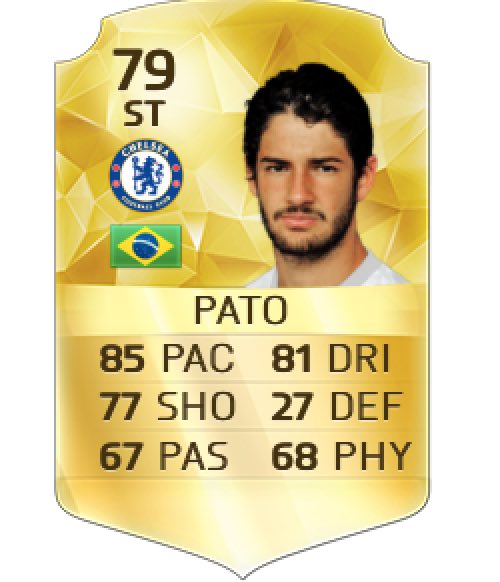 As you can see from the image below, you now have to pay around 4,000 coins for Pato. For those smart players that bought multiple Pato cards weeks ago for under 1,000 coins, now is the time to cash in for big profit.

This is just one aspect of the game that you really should keep an eye on when you want to take a break from actually playing games – but still keeping your coin profits up.

What other players have you managed to buy for cheap which are now going for a crazy profit? We’ll keep our eyes open for more picks like this, but leave your thoughts in the comments below.

Is Chelsea a good club for Pato? Expect EA to offer a Pato Chelsea transfer update by the end of this week if our predictions are correct.