Even though we do not like to always focus on the negative points of a new product, we cannot help feeling this way when it comes to the flight time of two new Parrot Minidrones, and they are the Swing and Mambo. The reason being is because both of these only offers a flying time of around eight minutes on a 30-minute charge.

We do have to remember that these two new models are part of the entry-level line, and therefore we should not expect too much – although eight minutes does seem a bit of a joke for a product that is meant to offer so much fun. 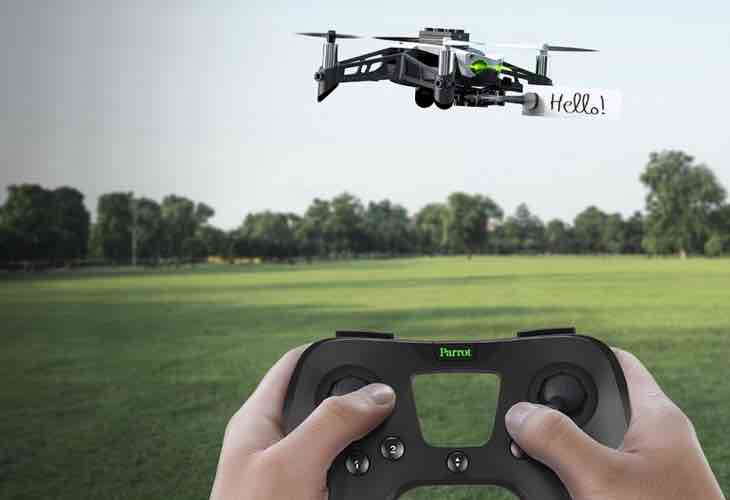 With that being said, there is still plenty to get excited about with the two new Parrot Minidrone models, with price being one of them. The Parrot Swing will set you back $139.99, which includes a Flypad controller, while the Mambo will costs you $119.99, and that includes two attachments, the Cannon and Grabber.

If we had to choose between the two, then the Swing would get our vote because it is more unique compared to the Mambo. This is thanks to its X-wing-like design, although it being a hybrid quadcopter / plane drone, which means it is capable of vertical takeoff and landing. Once you have this small gadget in the air it can then go from quadcopter flight to a horizontal flight mode, which we know is much faster.

As for the Parrot Mambo, it’s more a traditional quadcopter, although its modular attachment system does make up for its shortcomings. Even though there are just the two attachments at the moment, we have a feeling that Parrot will release more down the line.

See both models in action in the videos embedded below.