Parrot has not announced one, two or even three new minidrones, but 13 in all, one of which includes the Hydrofoil Drone, which is a hybrid UAV come boat. This is the first time that Parrot has come up with a drone that tackles water, and so we can see this becoming a popular choice once released.

It seems strange that Parrot revealed its new 2015 drone lineup on its French website rather than its US one. We know that Parrot is a French company, but USA is its biggest market, although they are set to be revealed on July 2 in other countries, such as the UK.

The most expensive of these new models tops out at â‚¬200, although the most popular, being the Hydrofoil is to cost â‚¬169. You can see a video of this drone in action in the video below. 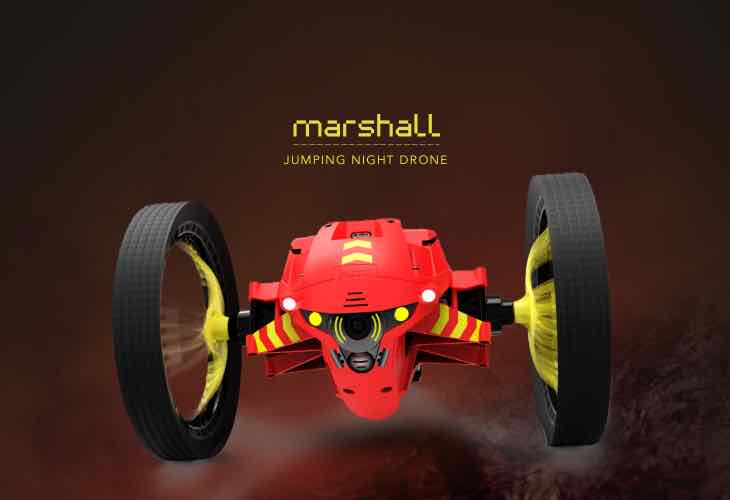 As for the other models, these consist of three Jumping Night drones, the Diesel, Buzz and Marshall. Then there are three Jumping Race drones, Max, _Tuk-Tuk and Jett.

Parrot is to also release three Airborne Night drones, Blaze, SWAT and Mc Clane. Airborne Cargo has two in the range, Travis and Mars, and two hydrofoil models, the Orak and News.

You can get a closer look at these models on the Parrot Blog. This is all in French, so have included the translation link.