Day 1 of the Paris Motor Show 2014 is now over, with another day left for the press, after which the doors will open for the public. We have seen some pretty cool cars today, and so we thought we would take a look at the best of the bunch. It is hard to choose a handful, but based on personal taste, this is my top 5 Paris Motor Show 2014 cars on the first day.

The first car that grabbed my attention today has to be the 2016 Mercedes-AMG GT, although I am a little bias being a Mercedes driver myself, although not in the same league as this. The model on show today was yellow in color, which was a strange choice but made a very bold statement. We already spoke about the name change a week or so ago, along with the performance figures, but nothing prepares you for seeing the thing for real. We understand why people would say it looks like a Porsche at the rear, although it does have a rather long hood. 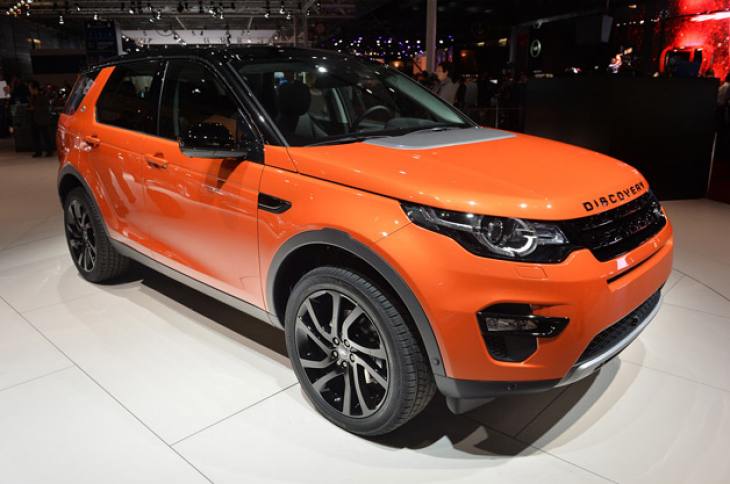 We have been looking forward to the 2015 Land Rover Discovery Sport for ages now, as we have seen this model and is technology for months. This was its live debut and the company makes no intention of hiding the fact that this new model targets the Audi Q5 and the BMW X3. However, what makes this model stand out over its rivals is the three rows of seats, rather impressive for a medium sized vehicle.

How can we have a list without mentioning the Infiniti Q80 Inspiration, and while it is not as well regarded as the likes of Audi or Mercedes, you have too admire what the designers have come up with. This only a concept vehicle at the moment, but if the Q80 had about 70 percent of the design features, they would certainly be onto a winner. If it were to make it to production it will come with a 3.0-liter V6 turbocharged engine along with an electric hybrid motor, and what impresses us most is that it would pack 550 horsepower.

Jaguar had already teased us early with all the details of the XE, but it’s far better to see the real thing, and so when you head to the Paris Motor Show this Saturday, you need to check out the 2015 Jaguar XE. It has some tough competition because of its price bracket, but with some impressive engine options and remarkable technology, Jag could be onto yet another winner.

The final car on the list and one of the best from day one at the Paris Motor Show is the Volkswagen XL Sport Concept. It might not have an engine to match rival vehicles, but the XL Sport is all about its looks and one of the most drag coefficient vehicles there is, and for this reason it does not need a large engine.

What other vehicles took your fancy today, and which ones will you be heading to once the doors open to the public this weekend?