We can see that many of you are asking what time does Sony’s Paris Games Week 2015 press conference start. We now have the confirmation on that for you as well as details on how you can watch a Paris Games Week live stream for new PS4 game announcements this week.

We have already told you that new PS4 games will be announced at this event, so it is definitely not to be missed if you are looking forward to PS4 games in 2016 and beyond.

Now without further ado, we can confirm that the start time of Sony’s Paris Games Week keynote is 4.45pm UK time. That is 9.45am Pacific Time, 12.45pm Eastern Time, 12.45am Hong Kong time and 5.45pm local time in France. 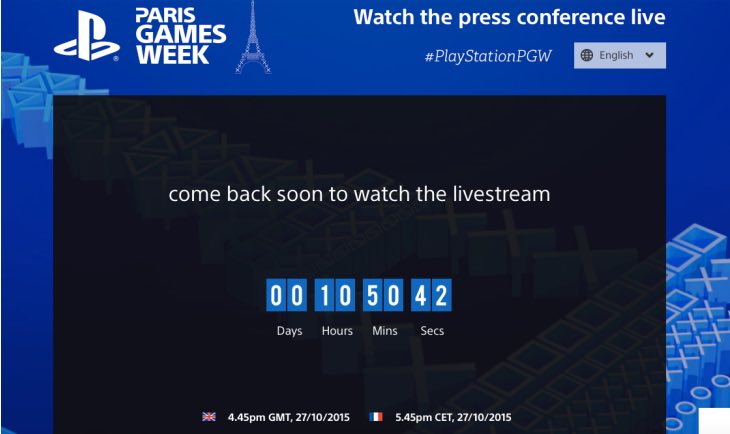 Best of all though, there will be a Twitch live stream for Paris Games Week 2015 which Sony has already set up here along with a countdown to the event – bookmark it and head back at the times above to watch the event.

Alternatively, you can also watch Paris Games 2015 directly on the PS4 using the new Events section which now hosts a Paris Games Week section if you prefer that instead.

Let us know how you plan to watch and your last minute expectations and predictions for what Sony has to show. Given that Sony skipped GamesCom this year, gamers are expecting big things!