There’s just over a year to go now until the 2012 Summer Olympic Games is due to kick off and as a way of celebrating the major international event, electronics manufacturer Panasonic has unveiled a range of limited edition ‘London 2012’ branded products. The range includes custom-designed versions of its DMC-S3 and Lumix G3 compact cameras and special edition gold SD cards.

According to a recent article by Mark Goldstein over on the photographyblog.com website, the limited edition Lumix G3 compact system camera is available in black and comes with a subtle gold London 2012 logo on the fold-out LCD display. Meanwhile, the special edition Lumix DMC-S3 — a 14-megapixel entry-level compact camera with HD video recording — will be available in both black and white versions.

The white version features a vibrant green and pink 2012 Olympics logo, while the black features a more subtle silver London 2012 logo. You will have to be quite quick if you do fancy any of the products however, as Panasonic has only manufactured 2,012 of each model. Each model also comes with a commemorative ‘one-year-to-go’ £5 coin from the Royal Mint and special London 2012 packaging. 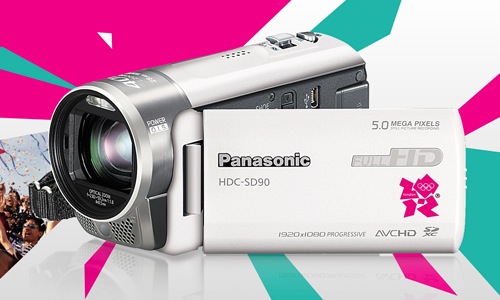 The cameras and camcorders weren’t the only branded products that Panasonic introduced either, as they also unveiled special edition white RP-HX45 headphones and RP-HJE120, RP-HS33 and RP-HS200 in-ear, waterproof and sweat-resistant earphones that are specifically designed for sport. All these products come in the vibrant London 2012 packaging.

Last but not least are the four special edition gold 4GB, 8GB, 16GB and 32GB SD memory cards, with each one featuring the Official London 2012 Olympic Games mascot Wenlock taking part in various Olympic events. Libby Plummer from the pocket-lint.com website was able to spend a bit of hands-on time with some of the aforementioned products recently (see here).

Would you buy any of these London 2012-branded products?