2014 was considered a transition year for Panasonic when it came to its 4K lineup, but 2015 will be completely different thanks to a stronger range. They already have a few UHD TVs, although the upcoming 65-inch OLED TV is considered the star of CES this year. However, there is no point having something of great quality and have to rely on the likes of Netflix to provide high-quality content in terms of its picture.

This is where the Panasonic 4K Blu-ray player comes in, as it will offer the ultimate in terms of content support for its range. We do not know when its release date will be seeing as though this is still a prototype, although we presume it will be in the second half of 2015.

As you would imagine, there has been a great deal of interest for this 4K Blu-ray player, and many people within the tech industry have been offering an early review of what they think about this upcoming device. 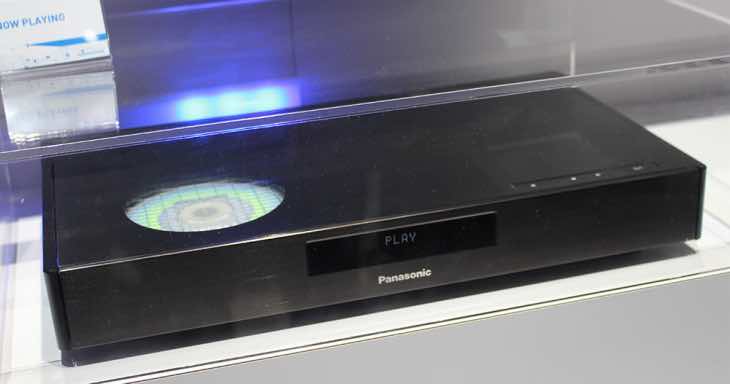 CNET pretty much covers the basics, such as limited spec details, which we know will sport a resolution of 3840 x 2160 and 100Mbps high rate, which is far more than 40Mbps for a standard Blu-ray.

Gizmodeo has gone a little more in-depth and explains how this new player could make the disc matter once again, seeing as though digital downloads has taken the shine of physical discs. You have to remember, downloading a 4K movie takes a lot more bandwidth and so is more time consuming, and so many consumers will welcome purchasing 4K Blu-Ray movies in disc form.

Finally, we have a video from AVForums that offers its opinion on the 4K Blu-ray player, which they believe will be one of the best products in its lineup, although we are concerned that we may have to wait until nearer Christmas for its release.

Do you think this 4K Blu-ray player from Panasonic will be a game changer, or will the likes of LG and Samsung beat it to market?