There are reports that a few people that ordered the new iPhone 6S and 6S Plus have already started to receive their devices. However, we are not too interested in that because it is nothing new for products to be shipped out a little earlier than expected. What interests us more is the results revealed in an owner’s iPhone 6S benchmark, as it shows the true potential of the upcoming iPad Pro.

We already reported about how one woman received her rose gold version, and posted images if her dog on Twitter, which has now gone viral. However, looking at the benchtest results it reveals how the new iPhone competes against the iPad mini 3, and the iPad Air 2. 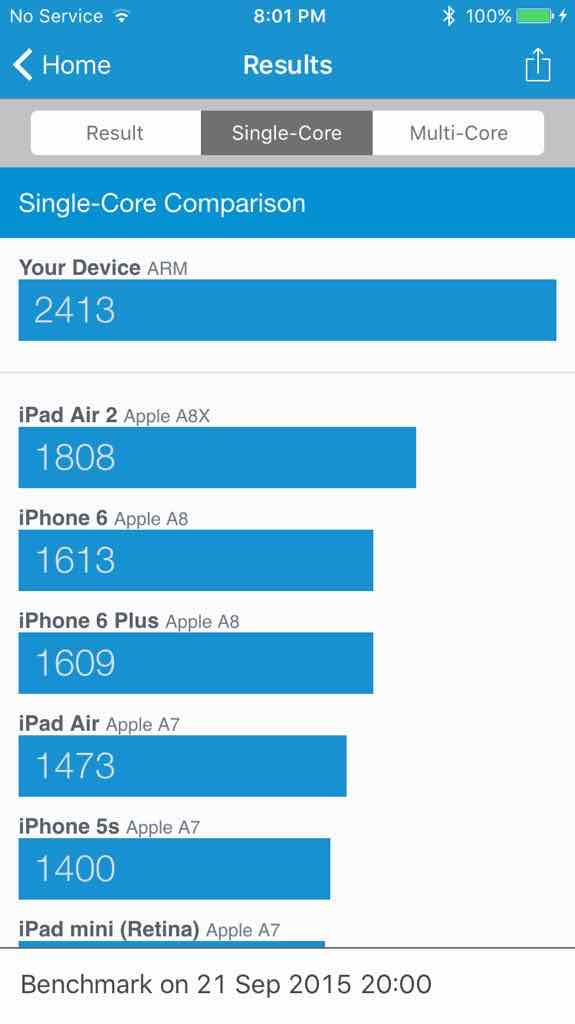 The iPhone 6S gets a multi-core score of 4293, and if the A9 chip in the new iPhone achieves a score that high, then just imagine what sort of results the iPad Pro will get with its more powerful A9X chip, and 4GB of Ram instead of 2GB in the handset.

We would not be too surprised if during an iPad Pro Vs MacBook Air benchmark, the former would come out the winner by being faster. Apple has already said as much, and we now have reason to believe that they were not lying.

Are you convinced that these latest benchmark scores for the iPhone 6S offers us a good idea of what sort of scores the iPad Pro will achieve, or are we reading too much into it?