There’s a lot of excitement in the air, with Blizzard giving Overwatch PTR players a preview of what is coming in the next major update to the game.

You can track when the next Overwatch update on PS4 and Xbox One will happen here, but for now we wanted to give you a sneak peek at one aspect of the new update – lovely new Overwatch Reinhardt skins.

There’s two which are going to be available for Reinhardt, these being Balderich and Greifhardt. 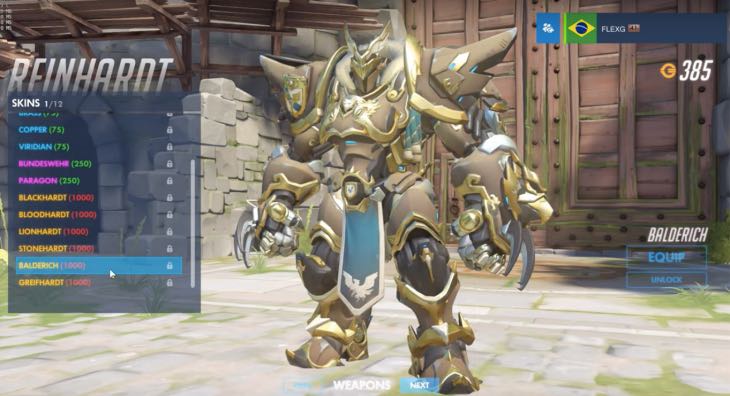 You can see how Balderich looks above thanks to YouTuber Flex Gaming, while a picture of the other skin Greifhardt is below.

There’s enough distinction between the two for you to get really excited about taking either into battle. Watch the video underneath for a full 360 look and also a peek at Reinhardt’s new weapon skins.

Are you excited about unlocking these skins yourself?