There has been a massive new update for those playing on the Overwatch PTR or Public Test Realm. We have the latest Overwatch PTR patch notes as of February 7, 2017 to bring you now which features some fantastic additions plus big changes to the Bastion class.

The big talking point about this new Overwatch PTR update today is the arrival of a server browser to Overwatch. It’s live right now on PTR meaning that it will be coming to PS4 and Xbox One soon which should end up being the 2.04 patch.

The server browser will allow you to customize your game to your own tastes, giving you those personal tools that you have been craving for months. 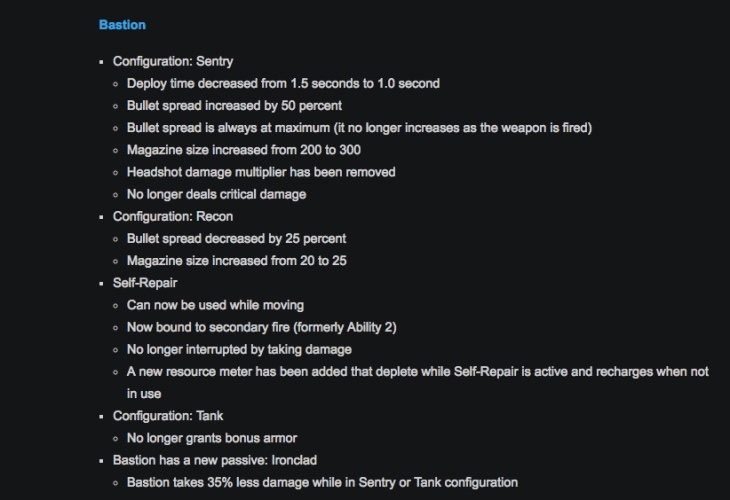 Also new is widespread Bastion changes which you can see in full directly above from Blizzard and their reasons for doing so.

If you want to know how to join the Overwatch PTR and enjoy the Feb 7 update, we’ve included the instructions once again if you want to have fun with all other PC owners right now.

Check out the full Overwatch PTR patch notes as of February 7 here on Blizzard’s website and give us your reaction to the changes.

Is it time to give some love back to the Bastion and how do you like that server browser?