Overwatch players may be getting a big surprise in the next update, in the form of a new Overwatch character called Liao. Details remain slim on this character, but Blizzard themselves name dropped the character in their most recent blog listing and we may even have a early screenshot of the character for you to talk about.

Liao has been described as one of the early founding members of the Overwatch team, on the official blog which you can see here. This is the first time we have heard anything about Liao, but the character is mentioned in the same breath as other original members Morrison, Reyes, Amari, Wilhelm, and Lindholm. 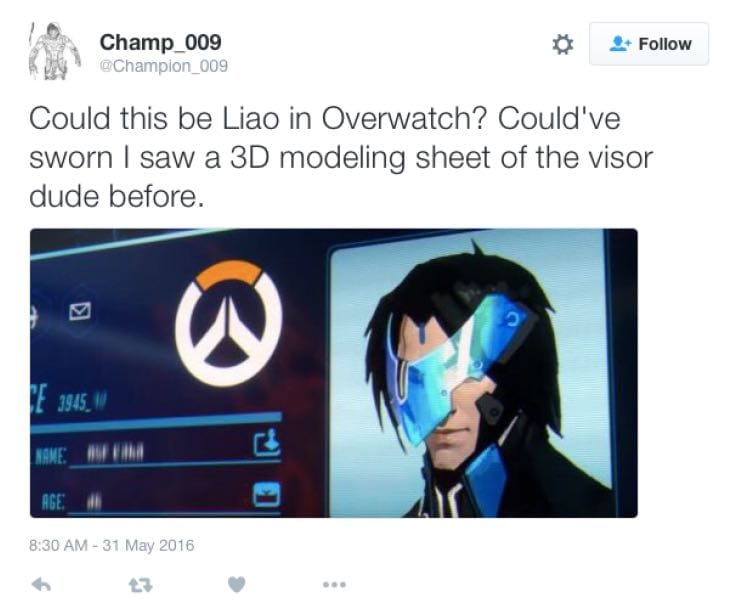 Speculation has already begun that Liao could be coming in the Overwatch June 2016 update, while the character may have links to Mei-Ling as well who has already proven to be one of the most popular characters in the game.

If Liao is coming soon, what kind of skillset would you like to see compared to Mei Ling and more importantly – what would be the method to get Liao in Overwatch – paid DLC or a free unlock?

Let us know your thoughts on this rumored character and we’ll let you know when we have some official details to share.