The latest Overwatch PTR patch notes are out and we can see that there has been a huge backlash from the community on social media after realizing that the Overwatch Mercy nerf is now live and in effect.

As is usually the case, there had been dividing opinions about whether Mercy was overpowered in Overwatch, with some players calling on Blizzard for a fix – others telling the developer to leave it alone.

Now Blizzard has taken action and Mercy’s Resurrect ability no longer resets the cooldown when Valkyrie is activated – previously the 30 seconds was reset whenever a player used Valkyrie but this is no longer the case. 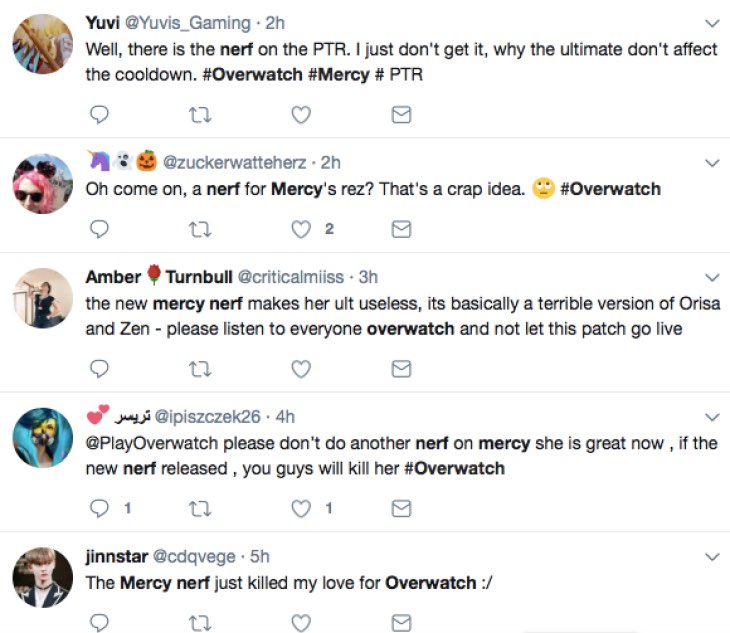 You can see an example of some of the backlash above on Twitter, while some players have even said that they will quit the game after this – a bit over the top perhaps?

Either way, this is live on PTR meaning that it will be coming soon to console unless players speak out about it and get Blizzard’s attention to change Mercy back to having Valkyrie reset the cooldown of Resurrect.

How do you feel about this honestly? Do you think it is good for the overall balance of Overwatch or do you want Blizzard to make changes before it arrives in the next global patch?