We could have some juicy information for Overwatch players now, with regards to the next Overwatch hero which may have been the subject of a massive leak over the weekend.

There is one screenshot in particular which is doing the rounds on social media apparently, which shows the first picture of Sombra in Overwatch, while accompanying text suggests that Sombra is going to be a highly skilled hacker with a Latin background.

Here’s the picture in question which was first shared by a Russian website but was shortly taken down. The image you see has since been re-uploaded to Reddit. 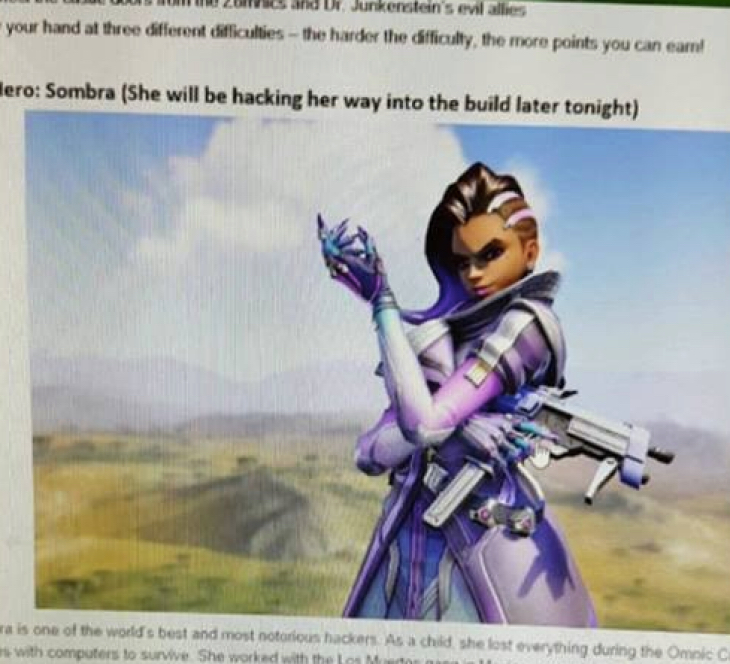 It looks like this is a genuine leak, although we haven’t heard anything from Blizzard yet and the Sombra leak has been circulating everywhere over the last 24 hours.

Is this going to be the new entry for an exciting Overwatch update this Halloween? Let us know what you think of her design and we’ll update you when we have more information to share.