Attention all Overwatch fans, as we have the news that you have all been waiting for. If you have been wondering what time the Overwatch Anniversary event starts in the UK, US and rest of Europe, we are now happy to bring you this information – confirmed.

This is the Overwatch 1 Year Anniversary and it promises to be an unmissable event since you just know Blizzard loves to celebrate.

If you loved events such as Year of the Rooster, something tells us that this is going to be ten times better with lots of free handouts to players as a way of saying thank you. 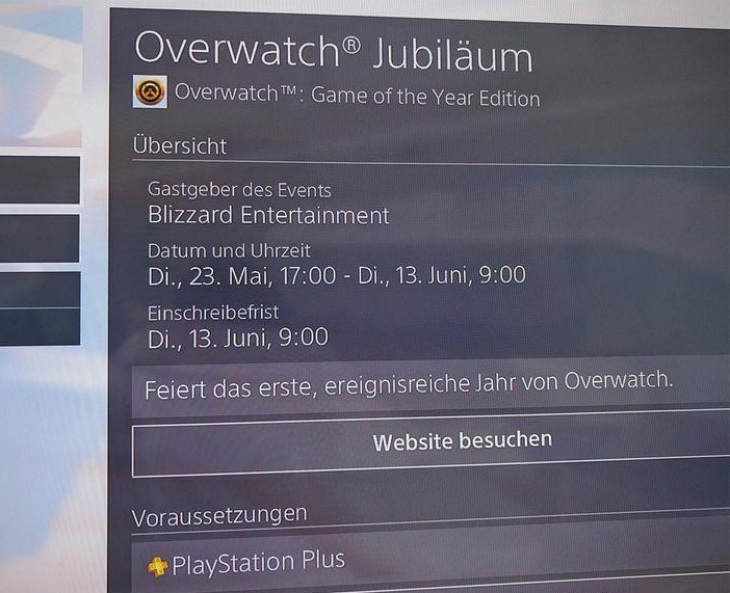 Blizzard has been keeping silent on the Overwatch Anniversary update release time, only to say that it starts on May 23, but thanks to a mistake by the PlayStation Store in Germany we can confirm the details early for you.

As you can see above, the event will start at 4pm UK time and 5PM in most areas in Europe. For everyone in the US, this means kick off at 8am Pacific Time or 11am Eastern Time so nice and early for you.

We should also see a new Overwatch Anniversary patch as well on May 23, which should turn out to be the 2.13 update – you’ll find patch notes for that here when live.

Are you excited for the event? Give us your last minute expectations below!