It wouldn’t be normal lately for a week to go by without something being recalled due to a manufacturing default. We always seem to get a lot of car manufacturers recalling their vehicles for one thing or another. Only last month we told you about eleven Chrysler vehicles which were the subject of a recall. Now today we have news of over 240,000 Chrysler Ram pickups being recalled, and we have a list of the models affected.

An article over at The New York Times by Christopher Jensen, is reporting that the Chrysler Group is recalling just shy of 243,000 of its Ram pickup trucks. The Ram pickup is the biggest selling vehicle for the company, and the recall is down to a faulty steering linkage.

The problem can occur during low speed maneuvering such as parking, and the linkage may break and result in a loss of steering control to the left front wheel. The list of models affected includes the 2008 Chrysler Ram 1500 Mega Cab 4 x4, also the 2500 and 3500 heavy duty models which were made between 2003 and 2011.

Most of the pickups affected, around 168,000 are from the 2008 through to 2011 model years. Back on the 6th of this month the company used a letter to post on the National Highway Traffic Safety Administration about the problem. It has been put down to a tie-rod fracturing, which is caused by “a weakening of the ball stud”.

A Chrysler spokesman said there have been a few minor incidents and one injury reported. Last year the company recalled around 15,000 of its 4500 and 5500 Ram pickups because of the same problem. The recall is voluntary, but the compnay had to inform the NHTSA of its decision to ovoid civil penalties.

Dealers will inspect the affected vehicles and replace the faulty part and align the wheels if needed. The company hasn’t yet decided when it will contact owners, but you can contact them yourself on 1-800-853-1403. Alternatively owners can contact the NHTSA on 1-888-327-4236.

Do you have one of the Chrysler Ram pickups affected by the recall? 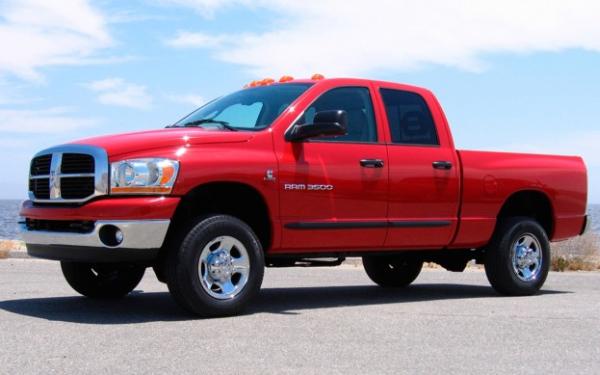