We suspect there has been an increase in demand for iPhone 6 Plus cases since people have noticed their phones starting to bend. However, before you get too worried and spend money unnecessarily, we suspect these bent iPhones have been kept in tight pockets. With that being said, some people will still wish to protect such a thin phone, and that is where Otterbox come in.

Having already taken a look at the range of iPhone 6 Plus cases from Otterbox, the Commuter, Defender and Symmetry series, you may wonder why we would be discussing them again? 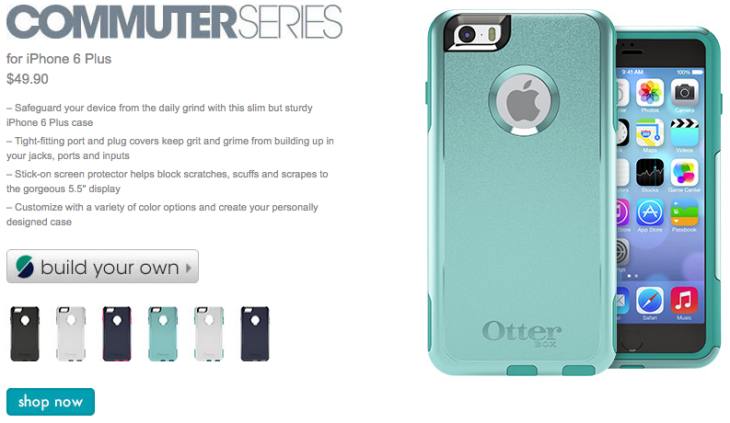 The thing is, Otterbox asked people to sign up to be notified when these tough, rugged cases would become available. This is because all you can do for now is customize your case to how you want it, but that’s about it.

What we do find strange is how those people who signed up haven’t been able to get Otterbox to release the dimensions of any of the new cases. No doubt this has caused a great deal of frustration, as they wish to know just how big the case is going to be.

With that being said, you can get a rough idea of their dimensions by comparing the iPhone 5S to the iPhone 6 Plus, and then measuring the overall size of whatever 5S Otterbox case you have. Once you have those figures you should be able to extrapolate the final measurements.