We already know that OtterBox makes a number of cases for Apple products, such as the iPhone, iPad and even the MacBook Air, so you would assume that an Apple Watch case would be on the cards.

It was only yesterday when we revealed a few of the best Apple Watch cases, and accessory maker LunaTik has also shown off its one, which was assumed to be waterproof as well. We have yet to learn all the features, but you would assume it would be waterproof to a decent depth, seeing as though the Apple Watch is already showerproof.

Some consumers have already said that they do not understand the need for such rugged cases, but there are some professions that will call for it, and so we can only assume that an OtterBox Apple Watch announcement will come, we just don’t know how long we will be waiting. 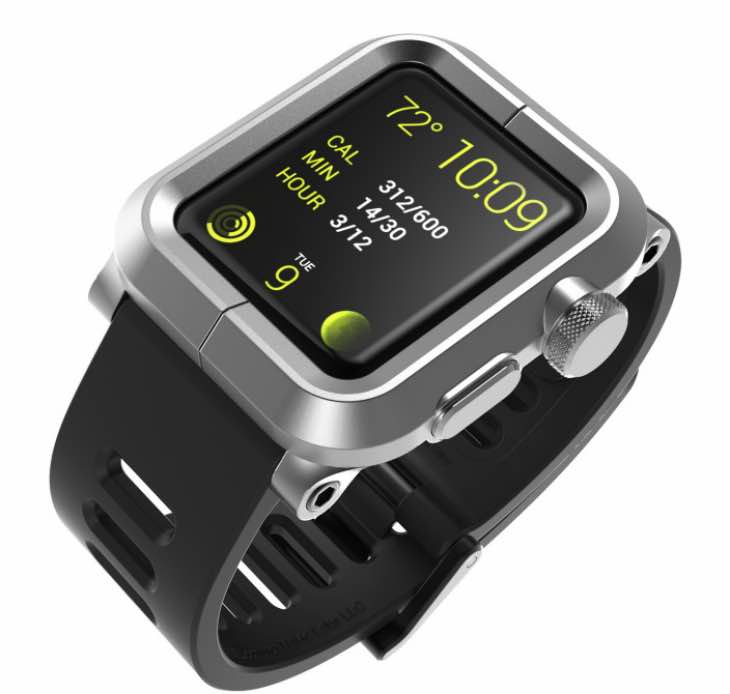 The thing is, if Lunatik could announce such a huge case for the Apple Watch, then there is no reason why OtterBox will not either. The Epik truly is large, and so will add a huge amount of bulk to the smartwatch. However, the early report that it was going to be waterproof was not correct, although it is still on the tough side because of being made from aircraft-grade aluminum.

One small thing though, there is no release date as yet because this is to soon be a Kickstarter project, something that OtterBox would not have to worry about.

Would you welcome a rugged case for Apple’s smartwatch, and if so would OtterBox be your number one choice?