The Mac OS X Yosemite Gold Master Candidate 3 released just before the past weekend started and the download brought a few changes along with stability improvements. Build 14A388a also brings a revamped iTunes Store, although we’ve already seen many changes within iTunes 12 that deliver a relocated sidebar.

This latest build doesn’t bring the amount of changes seen in earlier versions, although that’s expect when we are so close to the OS X Yosemite launch date. We previously mentioned the targeted release date and how the GM build signaled this with everything on track. 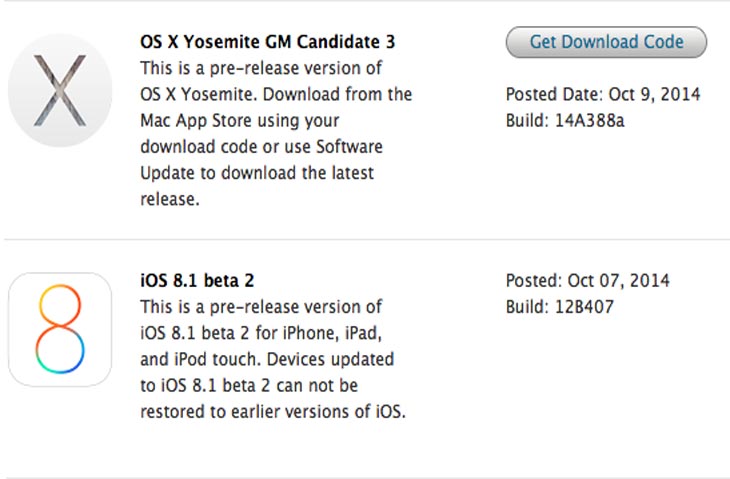 While Apple hasn’t officially announced the OS X Yosemite launch date, it’s widely expected to be available for download right after the October event. The date for this event is this week, on October 16th, and Apple will be offering a live stream on their website and for Apple TV owners.

Reminder for early adopters – the true early adopters might be those running the OS X 10.10 public beta, but if you want to get hands-on with the public release right away, then you can expect the launch date to be this Thursday evening (16th). We’ve been hands-on for a few months and saw crashing in early beta version, but the latest preview is very solid and app updates from 3rd party developers will only improve stability further.

Will you be downloading OS X Yosemite this Thursday after the Apple event, waiting a couple of days until high demand is over, or holding off even longer until the first public update to kill bugs? Share a comment below.