Thanks to the Apple OS X Yosemite Gold Master download going live for developers around one week ago, and our dev confirming almost everything is running without problems, you can now count on the OS X Yosemite public release date being set for October 21st, 2014.

The above date is also the expected Apple special event date, which should reveal a new iPad mini 3 and iPad Air 2. Following the event last year, Apple released Marvericks to public on the same day and we expect the same on Oct 21st for OS X Yosemite. 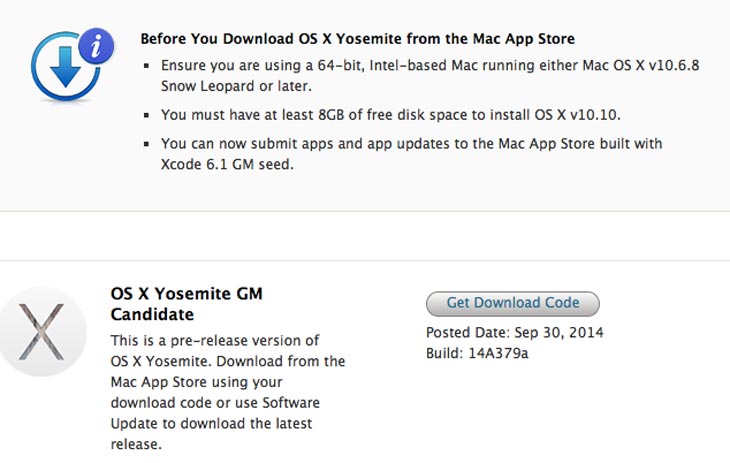 Apple’s Yosemite preview builds have run similar to last year and if anything, all is progressing smoother this year. You will need a 64-bit Intel-based Mac running at least Snow Leopard to install OS X 10.10 Yosemite, although if this is the case then you can look forward to getting the operating system for free in just over 2 weeks time.

You will also need at least 8GB of free disk space to install Mac OS X Yosemite. Our developer noticed a number of problems with certain apps, which included PhotoShop in previous previews, although Apple is excepting app submissions from developers and we expect many bugs to be fixed shortly.

Are you looking forward to the OS X Yosemite release date in October? This will almost certainly be Oct 21st, so keep connected to PR, as we’ll report the moment it’s live.