In the last few hours Mac OS X Lion 10.7 has gone live, and the download is ready for you to purchase via the App Store, although we can confirm its taking a little longer than we’d like to download. While the speed will vary depending on your broadband connection, location and a little luck, our download could take just over 2 hours for the 3.49GB file.

The UK OS X Lion price has been set at £20.99, which is pretty good but gets better when you’ve more computers in the home using the same iTunes account. Most Apple users will know they can register up to five OS X computers with their iTunes account, which then lets them use the items they downloaded on those computers. This includes iTunes movies, music, and apps. The interesting part is applications, and now that OS X Lion is a download via the App Store, this means that you’ll be able to use the software on up to 5 computers that are authorized to do so.

When OS X Snow Leopard was released there was an option for a family license, which meant you paid a little extra, under £40, for a license that allowed you to install the software on more than one computer. So its easy to see that OS X Lion is a much better deal, in fact the best that Apple has produced yet for operating systems thanks to the App Store. When you compare this to the offerings from Microsoft you’ll not get a price anywhere near £20 for use on up to five computers, and this is without comparing features and the solid reputation Mac computers have. 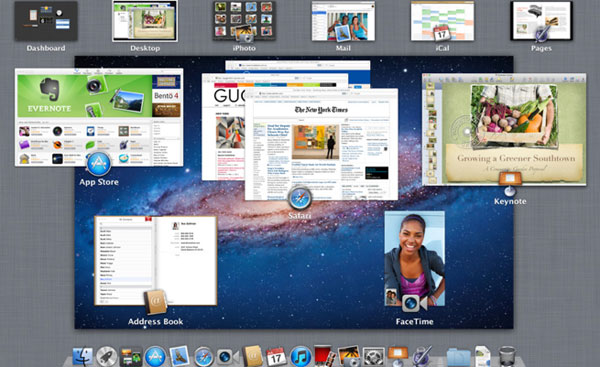 Steve Jobs did point out over a month ago that any computers using a different iTunes accounts would need to buy the OS X Lion app again, which would not please some families that are in this situation, especially because they buy their own apps on a different account.

Do all the computers in your home have the same Apple IDs? What do you think of the option to install OS X Lion on up to five computers? Also if you have any problems installing OS X 10.7, please let us know in the comments.