Update: It’s only been two days since Apple released macOS Sierra to the public, and now they have released the first macOS 10.12.1 developer beta. This build version is known as 16B2327e, and is said to help improve compatibility, security and stability of your Mac. This now makes us wonder when the macOS Sierra 10.12.1 beta 2 release time for bugs will be, and a good guess is roughly a couple of weeks from now. So we presume beta 2 to be released on or around October 5th.

macOS 10.12 Sierra developer beta 7 was released yesterday, and so we now have to wonder if there we will see a beta 8, or was this the last version being released to devs ahead of it’s Gold Master version? However, knowing that this desktop OS will be released later than iOS 10, we suspect that we could see at least an eighth or even ninth beta.

The macOS Sierra beta 1 release date was made available to developers just over a day and half ago and will be released to public for free later this fall. While we have yet to learn of any early bugs in terms of the software itself, we do know that they are there, we just need to have a bit more time to learn about them. However, we know that Apple will be keeping a very close eye on what the developers have to say so that they can be ready and resolve any issues, which will only happen with the release of macOS Sierra beta 2. As for its release date, we still do not have any idea on that.

Apple has now released the first beta of macOS, which has been named Sierra. And while we already have a good idea about its features, such as Touch ID support, and Siri integration, which we have already discussed in more detail in a recent article, there is something playing on our minds. We know that macOS Sierra comes with some great new features, some of which we have already discussed.

macOS Sierra Public Beta Launch Expectation – It’s no secret that the current version of OS X is still lacking in terms of features, and so the next version will need to deliver something special, and even non-developers will have a chance to try out some of those new features. In order to test these out you will need to download and install macOS Sierra Public Beta 1, and the good news is, this is also available today, so much sooner than it happened last year. 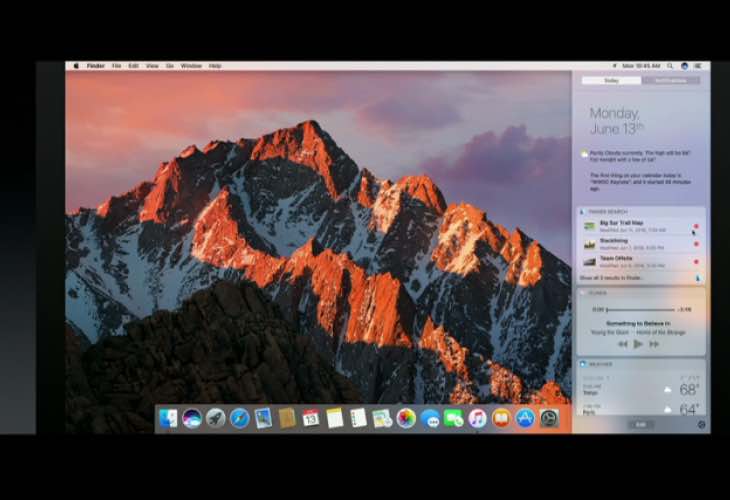 We know that there is a downside to this though because there will be several macOS Sierra bugs, but this is what the beta program is all about, and so beta 2, 3 and 4 will follow after in order to iron out those bugs with much-needed fixes.

macOS Sierra current bugs – The current bugs in macOS Sierra beta 1 are performance issues with the likes of iTunes, Safari, and Word. The WiFi problems that we tend to see with new beta release have also come back, more details of which can be found here.

It’s been two weeks since the release of the third beta, and so we can only presume that the macOS Sierra beta 4 release time will happen later today in order to resolve a few bugs, along with make a few feature improvements. Having said that, Apple could make us wait another week because as we get closer to its final public release, the beta release cycle for macOS Sierra could begin to slow down.

Well, Apple has shocked us yet again by releasing macOS Sierra beta 5 just a week after the release of beta 4. This now makes us wonder when the macOS Sierra beta 6 release date and time will be. Will we see it in another week, or will we be kept waiting a week or two, and that this will be the final version before iOS 10 goes Gold Master?

While there are no reports of any new problems, there is a persistent bug that will not go away from some users. That issue is with MacBook Pro devices becoming unresponsive for a couple of minutes after it has booted up.

We ask that you keep checking back for information on current problems with the latest preview build.