Today is another big day for Apple, as it will see them announce the new iPad product line, along with one or two other surprises. However, we have been getting requests from our readers asking for the OS X 10.10 Yosemite download release time. While we do not know when this will be, we can say it will happen later today during or just after the Apple event.

Narrowing OS X 10.10 Yosemite release time – Based on last year and the time of today’s event, we can surmise that you will be able to download Yosemite after 10am Pacific Time, 1pm Eastern or 6pm London time. We suspect it will happen once the event is over, so maybe add an hour or so on those times, which is when we would begin to check for the update on the Mac App Store. 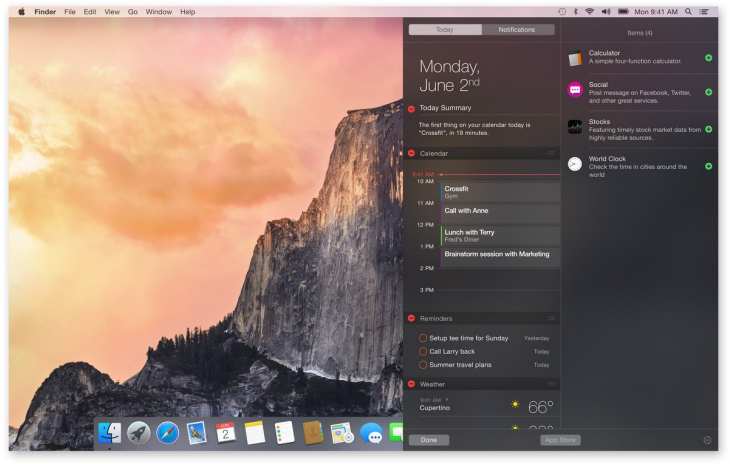 We have already looked over some of the features, and no doubt you will wish to know the list of OS X 10.10 Yosemite compatible devices. However, some of you have also been asking what the Mac OS X Yosemite price will be, and it will be free for certain devices made up until a certain year. Those that are not will likely cost around $20, although if you purchased Mavericks last year should have nothing to worry about.

There is no doubt the public release of Yosemite will happen today, especially as we have started to see apps being updated on the Mac App Store to support the new OS. However, this is only a small rollout and we don’t expect to see updates for OS X 10.10 Yosemite App compatibility start to appear in the notification center until later today or tomorrow.

Will you download Yosemite today, or wait until the first update going on your experience with iOS 8?