With just hours to go until Apple’s WWDC 2014 keynote, we find ourselves at the receiving end of a barrage of leaks, or what we believe are leaks. The thing is, seeing as we are so close to today’s event, we end up seeing so many rumors that we have trouble filtering through them all, but from time to time we find a diamond in the rough.

The gem that we believe to be more believable than some of the others is of the OS X 10.10 Control Center, as pictures were leaked, which were forced to be deleted that showed the Control Center of the next version of OS X. Mac Rumors believes that the images were the real deal, and when Reddit Mac community were told to delete the images, it does make you wonder why that is — maybe they were legit?

If these images of OS X 10.10 were in fact true, then we can’t get over how similar it is to iOS 7, although they will also be like iOS 8 seeing as though we don’t expect to see a design change seeing as though that happened last year. 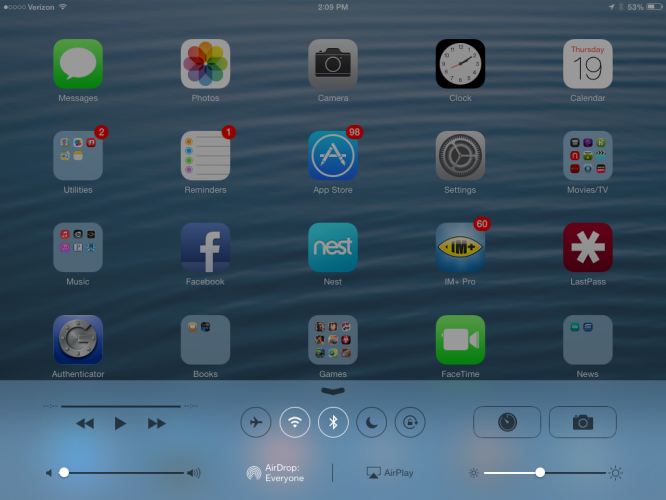 OS X 10.10 changes over Mavericks — We knew that Aple were going to make several changes to its Mac OS, not only to the look, but also its feel as well. One of those biggest changes is to Control Center, as you now get a translucent panel that slides from the left, and while iOS 7 slides up from the bottom, they are very similar in their design.

This new OS X 10.10 features offer quick access to About This Mac, System Preferences, Airplane Mode, and Do Not Disturb. That is not all, as there is also a drop down menu for other functions, including Wi-Fi, AirDrop and AirPlay. We do hope that the next version of OS X will be able to play nice with iOS AirDrop.

Let’s say these images are the real deal, are you happy with the changes?

If you would like to see images of these new features (if indeed true) then visit Mac Rumors.