It was on Tuesday that Apple released the first OS X 10.10.5 beta to developers, and now the OS X 10.10.5 public beta build 14F6a has been released and is now available for download. You will notice that it has the very same build number as the one for devs, and so offers the very same improvements.

The OS X 10.10.5 public beta release notes says that this new build will fix compatibility, security and stability issues. However, what we are unhappy about is the fact that Apple does not go into detail about what these actual issues are, and so if you know of these, then please inform our readers below. 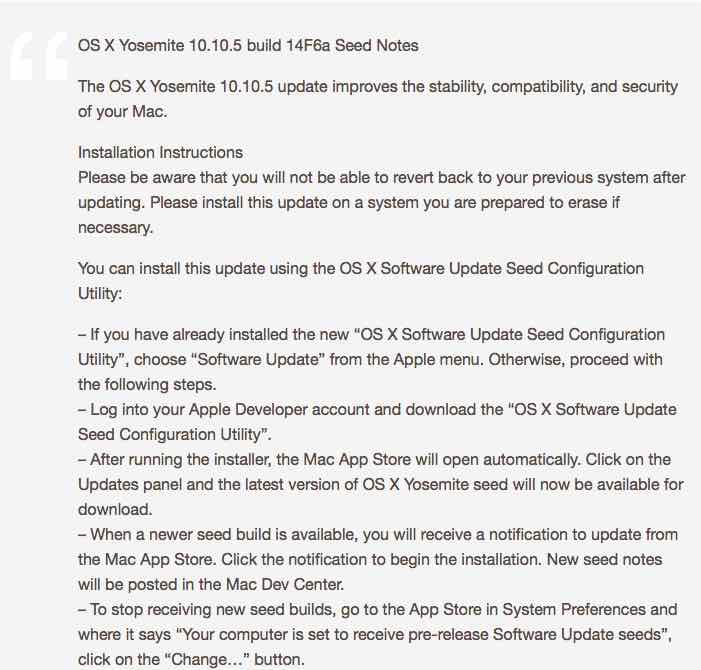 We do have to wonder how much attention this beta has been given seeing as though most of the team is surely working on OS X 10.11 El Capitan? Its release is only a few months away now, and so surely that will be given more attention?

This is expected to be the last major update before the final public release of El Capitan, which should be available for release in October and with it comes a host of changes and improvements. If your system supports Yosemite, then it will also support El Capitan.