We had the last EA servers down outage on February 14 on Valentine’s Day, but now there’s definitely no love lost with gamers as it looks like the EA servers and Origin servers are down today on February 19/20.

As far as we’re aware, the EA server status has been affected for around an hour, with both FIFA 15 and Battlefield 4 players telling us that they have been having problems connecting to EA’s servers today.

We’ve had a quick look at the official Twitter for FIFA, but there has been no response from EA regarding the FIFA 15 servers down today, which is strange as they are usually very efficient when it comes to keeping gamers updated.

We knew that Battlefield 4 was down momentarily, but the official BF4 server status page suggests that there is no outage – again, most of you will disagree after getting kicked out of a game.

We’ve also seen some of the feedback coming in online from users on Twitter, from players who are all asking when the FIFA 15 servers will be back up. 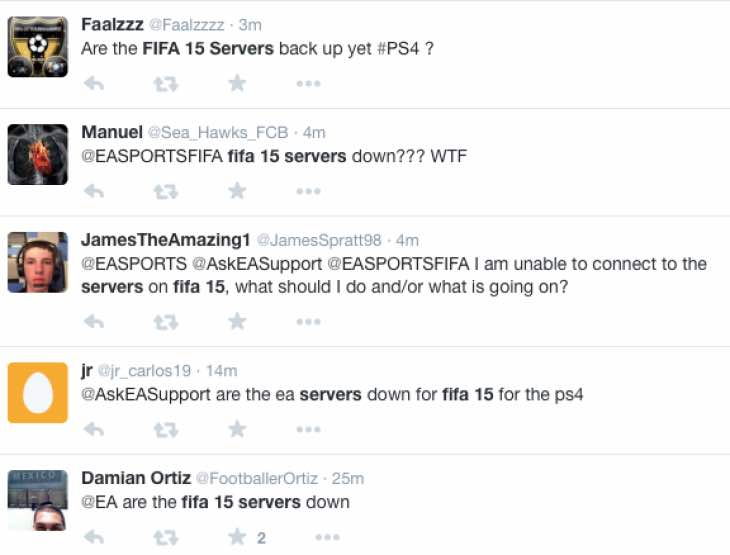 Hopefully EA are fixing up the problem as we speak and we won’t have a long outage on our hands. We don’t think it is EA server maintenance today as we didn’t hear any prior warning from EA on it.

Can you connect to any EA games online on console or Origin at the moment? Let us know what game you were playing and if you were affected within the last few hours.