If you are an Orange UK customer who is due an upgrade, or you are thinking of starting a new contract we have some great news for you, Orange has today announced that three new HTC smartphones are coming in Q2 2011.

Orange’s PR manager announced this news on Twitter this morning, here is his tweet: “Good news to HTC fans: Orange UK are getting the Desire S, Wildfire S and the ChaCha in q2 this year”, you can follow him on Twitter here. 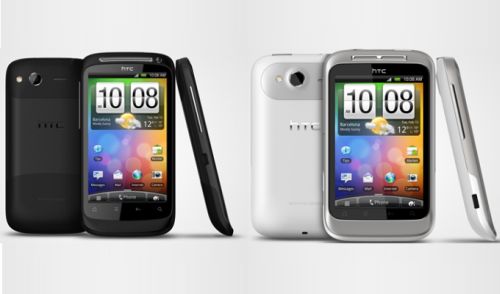 According to PCWorld.com the Desire S is very similar to the original Desire, however it has an aluminum unibody shell and runs Gingerbread, as for the Wildfire S it is very similar to the original Wildfire however runs Gingerbread and has a resolution of 320 x 480, also it is a little bit smaller (10.13 cm long and 5.94 cm wide according to 3G.co.uk).

As for the HTC ChaCha you can find out everything you need to know here, it features a physical QWERTY keyboard and a rather unique design, it almost looks like a cross between a BlackBerry and a HTC smartphone, therefore it could well become popular.

All of these handsets will become available in Q2, therefore the earliest we can expect to see them at Orange stores is April 1st, however the Q2 timeframe means it could potentially arrive as late as June 30th.

Which of these smartphones impresses you the most?