UK carrier Orange has confirmed they will be offering the new Sony Ericsson Xperia handsets to its customers. The Xperia Arc, Neo, and Play will be released in the second quarter of 2011.

Orange has managed to get itself an exclusive for the Sony Ericsson Xperia Arc; they will have a special black edition available for customers. T-Mobile will also be stocking the Xperia handsets after recently confirming the news according to EuroDroid.

The carrier have also announced some changes to its Android Home screen, which will now include Live Wallpapers according to an article on TechRadar. The images move as your go through home screens, and also have device functions. One of the wallpapers candles, is connected to the device battery life. A candle appears on the screen and slowly burns down as the battery runs out. 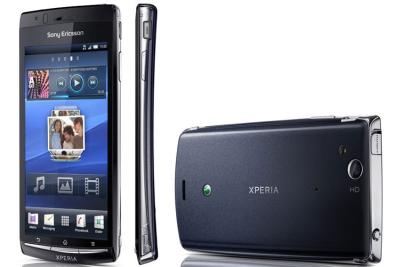 According to Orange it wanted to provide customers a more accurate battery life indicator, as it feels the Android icon is not reliable enough. There is also the option to program gestures for various apps and shortcuts. This will save room on the home screen, and there are twenty seven gestures available which can be put on any of the home screens.