The Oppo N1 is a very strange device because the specs cross the line between what is tablet and phablet, the main difference is cellular but this is not always the case. This is a 5.9-inch phablet that is said to be very different to other smartphones out there, but why is it?

Unlike the Galaxy S4 range there are no varying sizes, all you get is the one, and that is its large 5.9-inch screen, and it comes in just one color as well, which is white. However, what makes this device so different is how the Chinese manufacturer got approval from Google to offer up two versions of Android, one of which includes the limited edition version CyanogenMod.

Okay, so we know there are other phablets on the market with a similar screen size, but they feel like phablets when you use them. However, the Oppo N1 screen specs make it feel more like a tablet with its Full HD Gorilla-Glass-3 display. 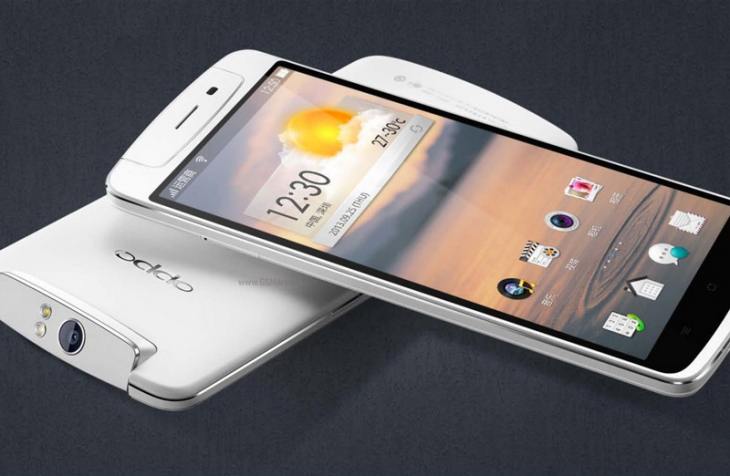 The display does not look its best close up, but when to take a step back the colors seem to pop, but with 377ppi is not going to challenge the likes of the Note 3.

We know that the Oppo N1 will be considered as a phone because you are able to make calls on it, but considering its size, thickness and weight, it’s not easy to hold with one hand and so would feel more at home being used as a smaller tablet instead. Remember, this is just 1-inch smaller than a Nexus 7 and 2 inches larger than an iPhone 5S, so do you think it will be classed as a tablet or phablet in India.

The reason we highlighted India is because this will be one of the largest markets for the Oppo N1 and even though it comes packed with a bevy of high-end smartphone features, many Indian consumers could use this more as a tablet because it offers the best of both worlds.

Whether the Oppo N1 will be classed as a tablet or phablet in India is still up for debate, although as we already said, its weight could become a real issue when used more as a smartphone.