It’s been just over a year since the Operation Flashpoint: Dragon Rising game was released, and no doubt fans are eagerly waiting for the arrival of the next installment in the series, Operation Flashpoint: Red River. According to a recent preview, the upcoming game definitely looks promising.

Dave Oshry from ripten.com was lucky enough to get his hands on the forthcoming first-person shooter game from Codemasters recently, and claims that it isn’t the type of war game that people may be used to. In fact, he says the developer has gone for more of a “Generation Kill” vibe with this title.

However, if you enjoy your multiplayer gaming then you might be slightly disappointed with the Operation Flashpoint: Red River game, as you don’t actually get multiplayer. What you do get instead, is a full 1-4 player drop-in/drop-out co-op mode throughout the entire game. 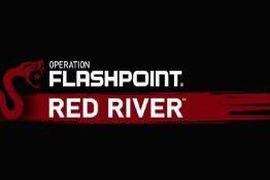 If players don’t fancy taking on the campaign mode, then there are 4 other game modes to choose from. The first of them is Convoy Escort, in which the player has to escort and protect a convoy. Then there is the Combat Search and Rescue mode, where players have to rescue a downed pilot.

Combat Sweep and Defense are the other two modes. Combat Sweep sees players moving through villages and going from house to house, as they look for objectives and insurgents. Defense sees players defend a town against waves of Chinese enemies.

You can read more of this preview via ripten.com, and view the latest trailer for the game below this post. Are you looking forward to Operation Flashpoint: Red River?