We have some pretty exciting news now for all you first-person shooter fans out there, as UK-based developer / publisher Codemasters has just released the official release dates for its upcoming Operation Flashpoint: Red River game, as well as unveiling a new trailer and four new screenshots.

According to a recent article by Hollie Bennett over on the destructoid.com website, the tactical combat game — which will be available for the PlayStation 3, Xbox 360 and Microsoft Windows — is due to hit UK stores on April 21st and American stores on April 26th.

As many of you will already know, the Operation Flashpoint: Red River game is set in Tajikistan and follows the story of a group of US Marines as they battle against insurgents. The latest gameplay trailer (seen via destructoid.com) shows footage through the eyes of Corporal Ryan Balletto. 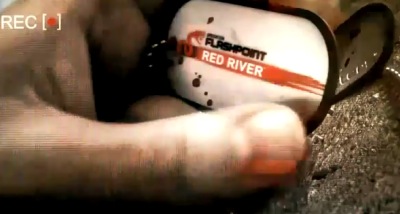 According to Mike Jackson from computerandvideogames.com (via GameSpot), the Operation Flashpoint: Red River game will include many new features such as refined enemy and squad AI systems, close-quarters combat, comprehensive tutorials and new options for air support.