There is hope that the 2017 Opel (Vauxhall in the UK) Insignia will launch in October at the Paris motor show, and we will then finally get to see the next generation model without all that camouflage. While we can make assumptions about its design because of some spy shots while the vehicle has been out on the roads being tested, we still have to remember that the company has been very clever in hiding many of its key exterior aspects.

We have been spotting the new Insignia for months now, and just recently it was spotted with less camouflage then before, and we can already see that its design is more sophisticated. You have to look very closely at these Opel, Vauxhall Insignia 2017 photos, as they do hide some very interesting design features. 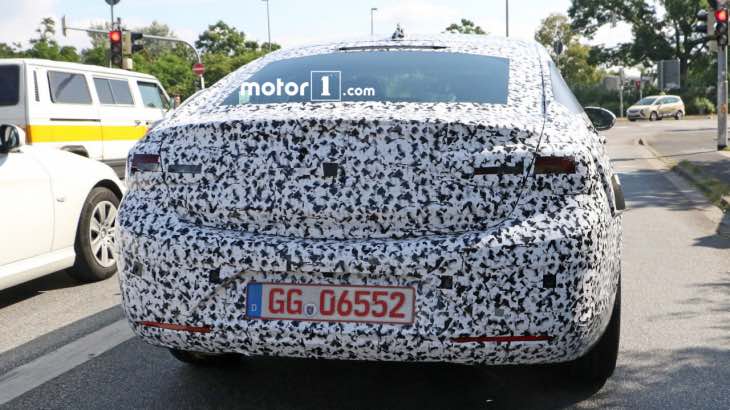 For example, the next-gen Insignia now has a newly design front grille, and the rear of the car shows some sleek looking LED lights. We have seen in previous shots that the overall body architecture has changed, and for the better we might add. Not only that, but the cabin will now have more room.

Speaking of which, the 2017 Opel/Vauxhall Insignia interior will now feature an improved instrument panel and auxiliary gauges, and we also know that the touchscreen will be improved to make it a far more inviting entertainment display.

As for its release date, we hope to learn details of this in October during the Paris motor show, although we doubt its release will happen until at lest March next year.