Onkyo have announced two new home theater receivers to its 2011 lineup, the HT-RC370 and HT-RC360. Both the new models feature network and internet connectivity, and are amongst the first to have the new Marvell Qdeo 4K video up scaling processor.

Jerry Del Colliano from HomeTheaterReview.com is reporting that both of the new units also offer direct connection with an iPhone or iPod thanks to its front-panel USB port. The port will also support album artwork from your device.

Other upgrades to the new receivers include full networking, and the HT-RC370 gets Audyssey MultEQ XT processing. Users can also take advantage of Onkyo’s free application, which allows you to control the unit with your iPhone, iPad, or iPod Touch. Both receivers can support 7.2 surround systems with Audyssey DSX or Dolby Prologic Iiz, while the HT-RC370 has THX’s Select2 certification. 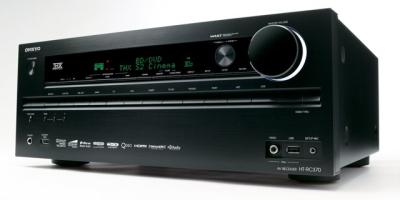