The skeptics will be warning parents not to let their children play the Nintendo 3DS for too long, and while all gaming should be limited especially when in 3D, we’re pretty excited about the Nintendo 3DS, which has just seen a release in Japan.

Hot on the heels of news about Nintendo 3DS launch titles, Japan has seen a solid launch of the new 3D portable gaming device, even though you’ll be waiting another month before you see one at a GameStop.

Early reports suggest the 400,000 units that were in place, have all but disappeared, showing the market for 3D gaming is massive, if that was the reason for buying a Nintendo 3DS in the first place. Some retailers in Japan reported they had sold all stock via pre-orders, which could have left buyers frustrated, although we’re hearing that lines were not a problem at stores. 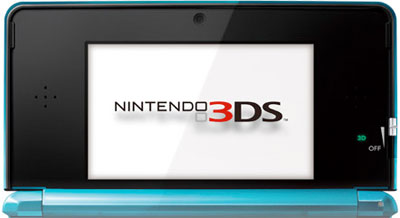 The Japanese version of Engadget has posted some launch photos; they even picked up two systems while they were there. You can see a couple of videos below, which were filmed while at the Japan launch, one shows an unboxing of the new 3DS, shortly after release. Read more on the Nintendo 3DS.